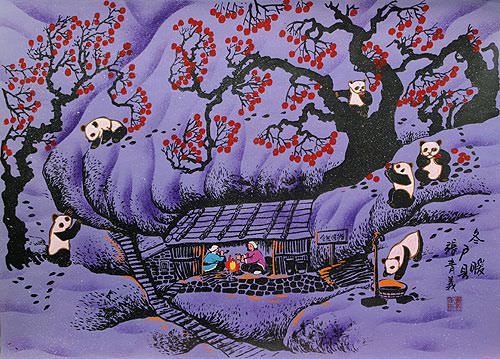 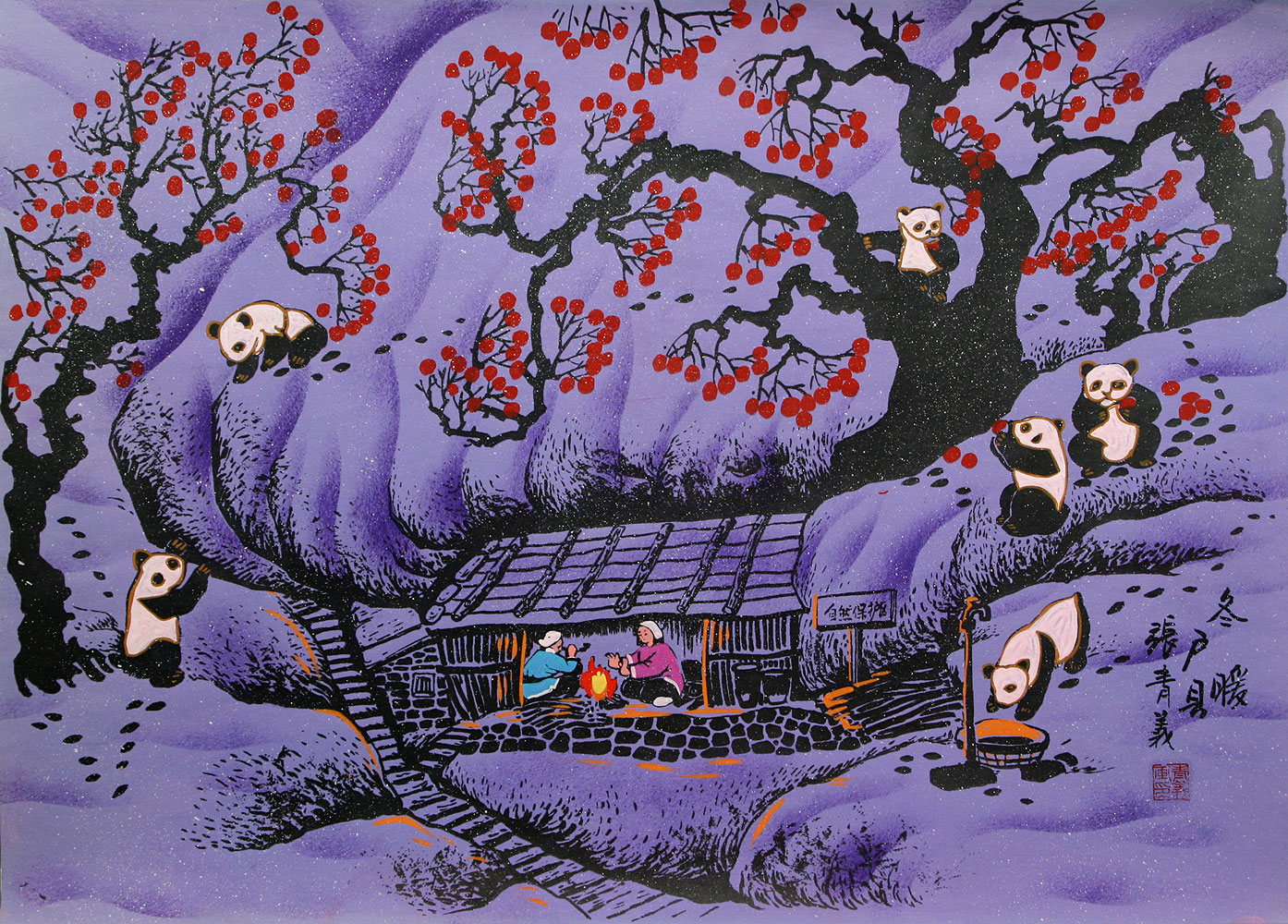 This painting features panda bears climbing about in the snow. In a hut, two people warm themselves by the fire.

This scene is no doubt from somewhere in Sichuan (Szechuan) province. This is the domain of the panda bear, and the climate is rather mild. The title may refer to the mild Sichuan winter, or the people warming themselves by the fire.