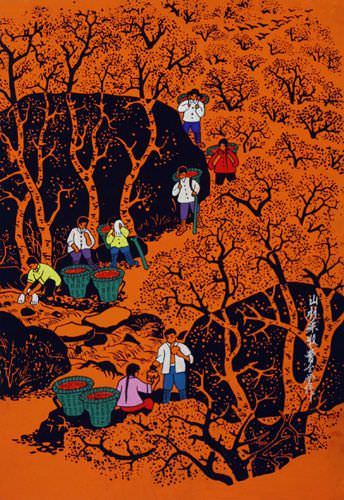 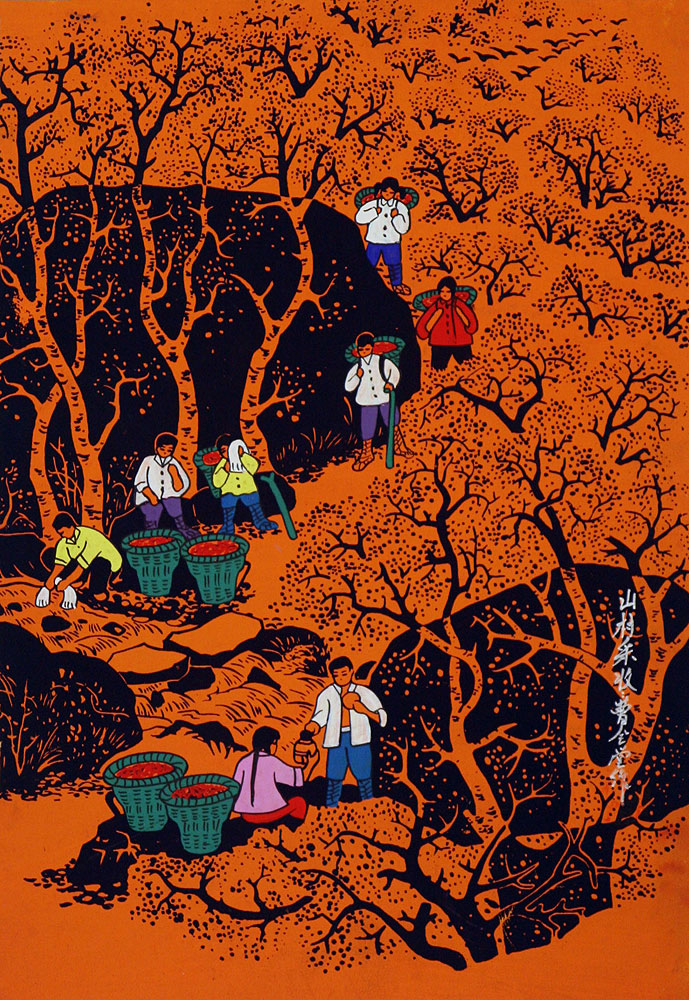 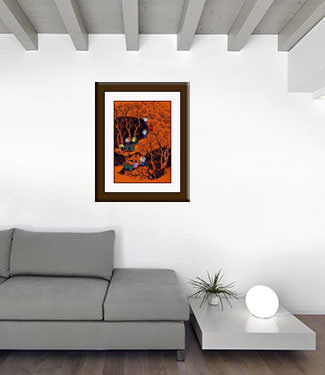 This is the roughly translated title of this painting. The Chinese title is "Shan Cun Cai Shou".

The colors in this painting certainly portray the Autumn season. Villagers work hard carrying baskets from the trees in the mountains back to their village. Near the bottom, a young couple take a break, as the man has a drink of tea handed to him by his wife.