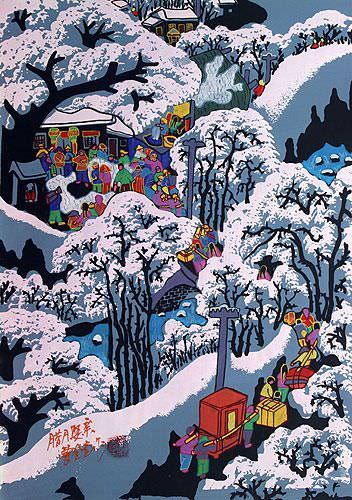 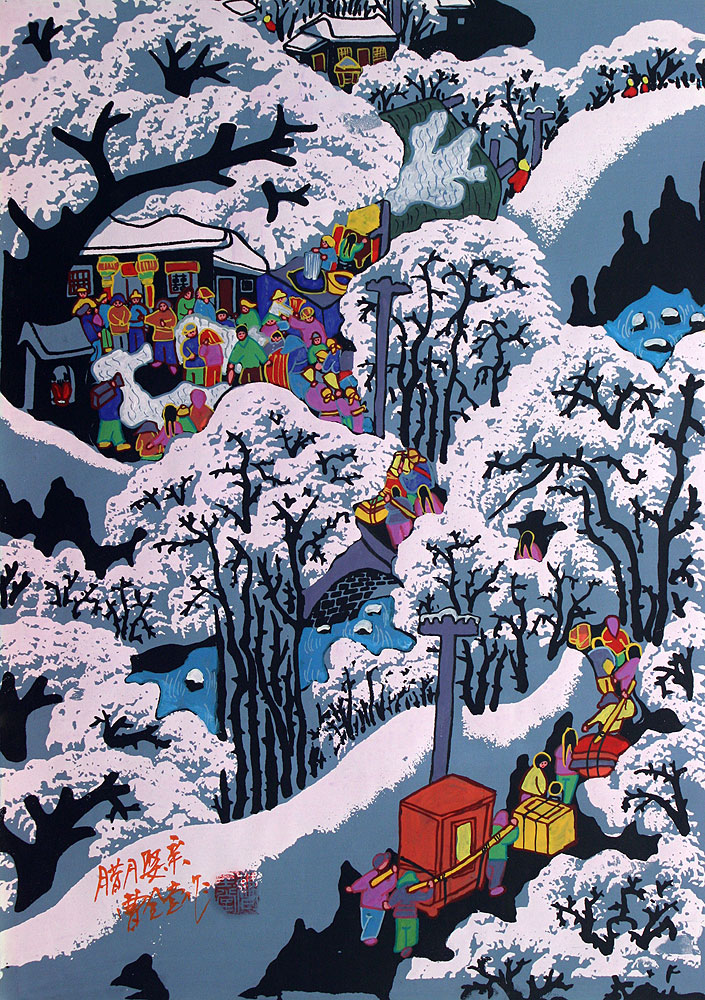 • Delivered to you in Ashburn by Nov 28th.
• Standard shipping is just $3.80 for any order.
• Last one like this. Unable to get more.
• Hand-Painted Artwork.
• Money-Back Guarantee.

This depicts a rather wild scene that I have been lucky enough to witness on a few occasions. The village wedding is an amazing celebration, and this painting depicts just a small part of the ceremony. The bride and groom are being paraded down the main street of the village. Stretching out in front of them is every man, woman, child, and living creature from the village - many of them bearing gifts for the new couple.

The Chinese title, written on this painting is 臘月 娶親 or Làyuè Qǔqīn. 臘月 is an old way to write "The twelfth lunar month of the year" hence "December". And, 娶親 means wedding, marriage, or taking a wife. You can tell it's a cold December, as there is snow on the ground, and everyone is bundled up in thick colorful jackets.