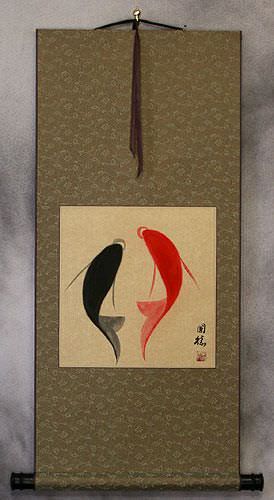 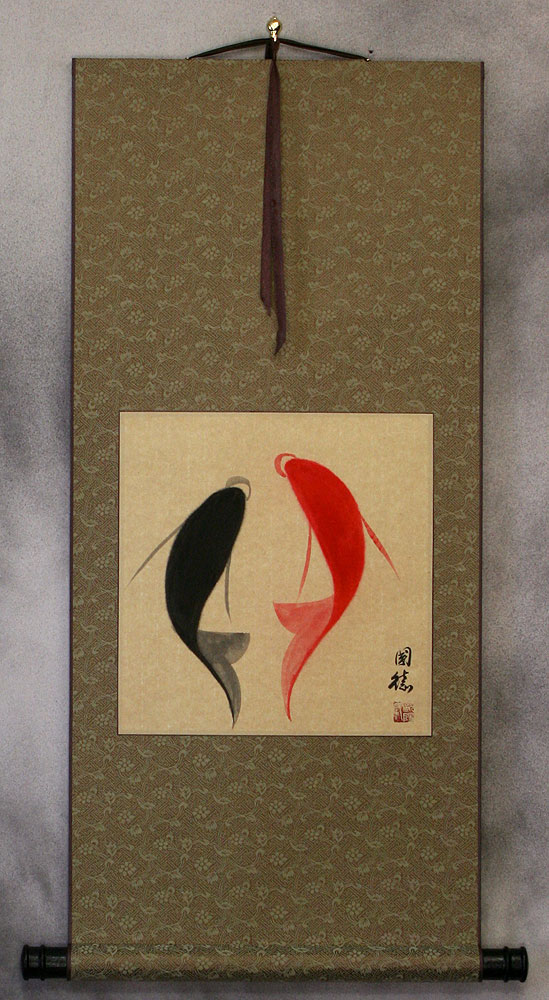 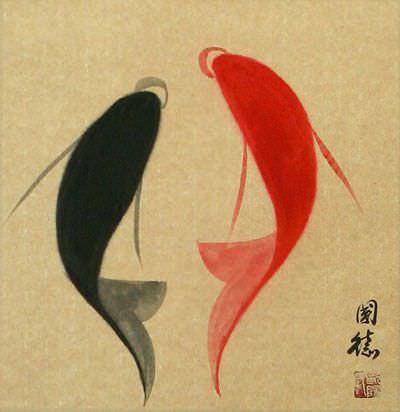 This artwork features some tan paper that has a bit of a fiber texture. The combination of this paper and the golden-brown silk brocade give this wall scroll a special classic look. 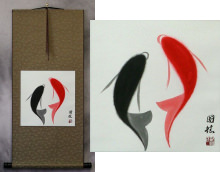 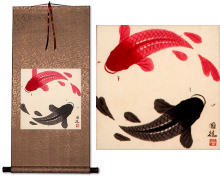