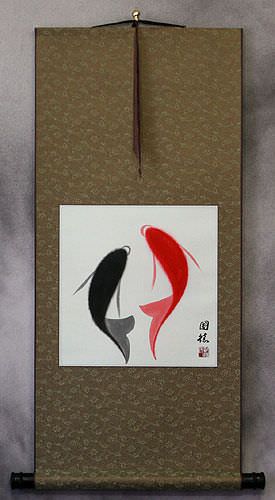 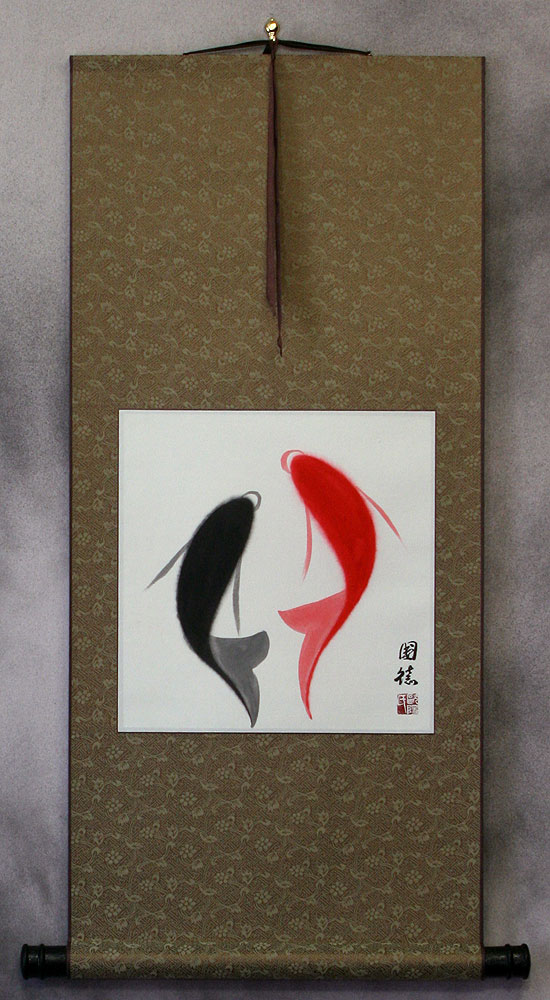 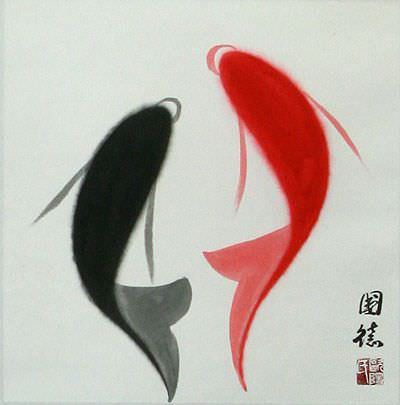 This artwork features a freestyle or freehand painting style (very quick and skillful strokes). It was created on handmade xuan paper and then mounted to a handmade wall scroll.