Did you mean: Ikiru Too Live ?

Enter your email below, and get an automatic notice when results for Ikiru to Live are added or updated...

Ikiru to Live in Chinese / Japanese...

This Japanese title means, to live, to exist, to make a living, to subsist, to come to life, or to be enlivened.

生きる is also the title of a 1952 Japanese movie that uses the translated English title of, "To Live".

Note: This term, when used in the context of baseball, and some Japanese games such as "go" can mean "safe". 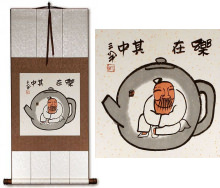 Lookup Ikiru to Live in my Japanese & Chinese Dictionary