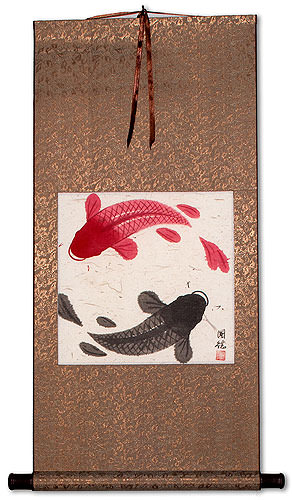 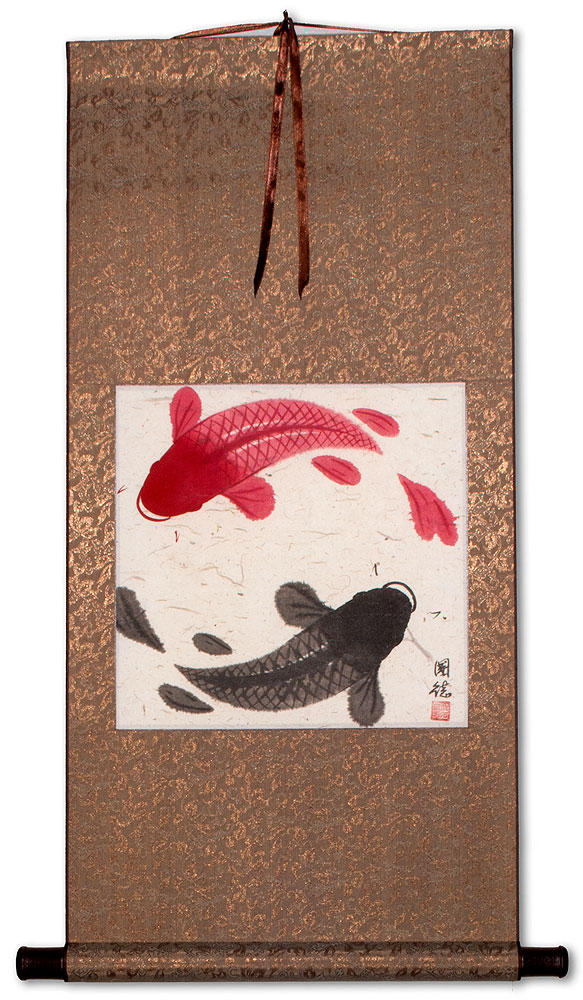 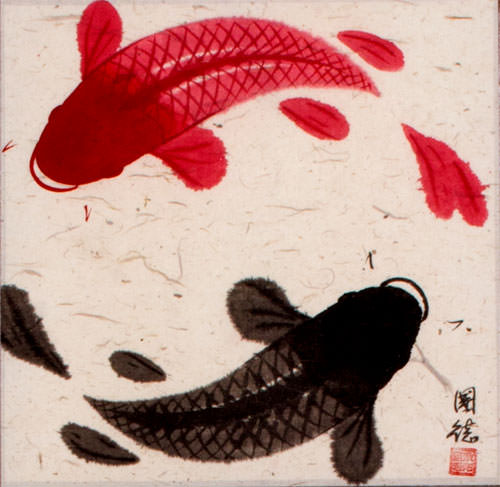 This artwork features grass fiber paper. There are many husks and fibers pressed into this traditional handmade paper. The artwork was mounted to a fresh golden-brown silk wall scroll by hand in our workshop. The whole wall scroll looks like an antique that is in excellent shape. Or perhaps just a traditional and classic look.