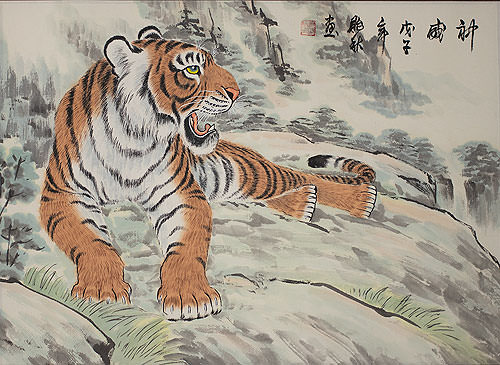 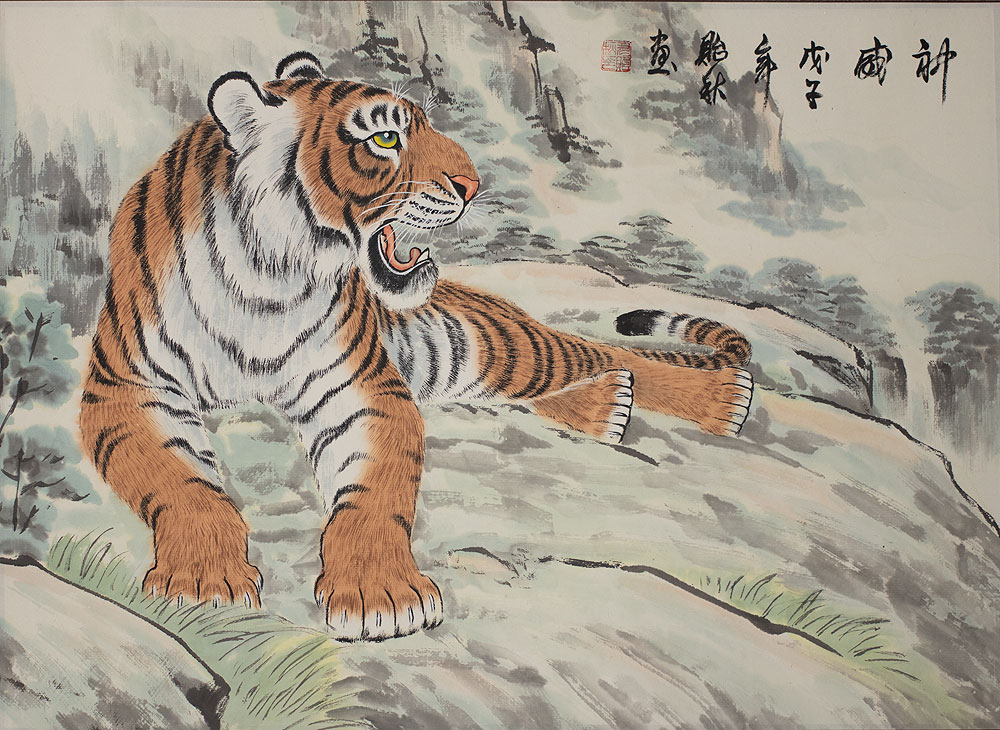 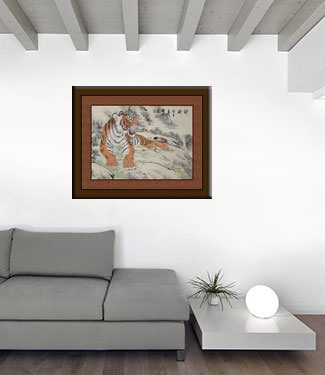 This painting is titled simply "Wei" which means "power / might / prestige". The painting also contains the artist's signature and year painted (2009).