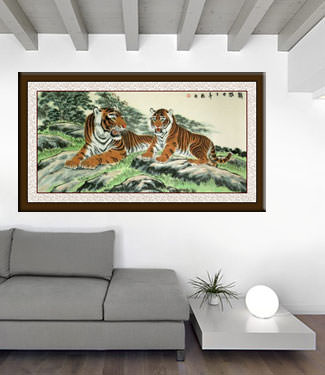 The Chinese characters written on this painting include the title "Double Heroic" or "Two Heros", the year painted (2008) and the artist's signature "Yi-Qiu" (the artist's given name) and another character that means "painted by" which follows his signature.