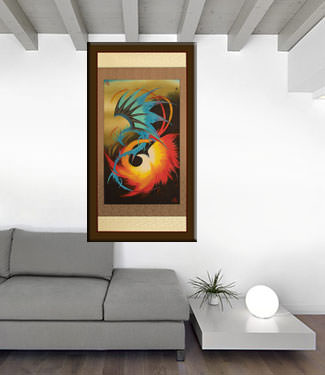 After you frame it, this dragon artwork will look great in your home or office. 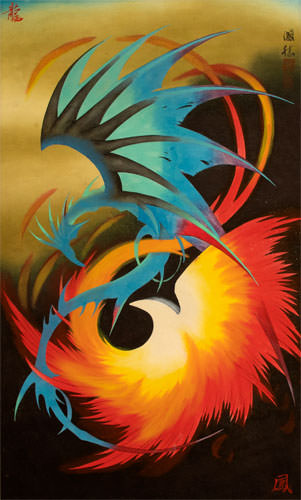 Close up view of this painting panel

This comes with a two-toned silk border which can be trimmed to the size you want for your frame.