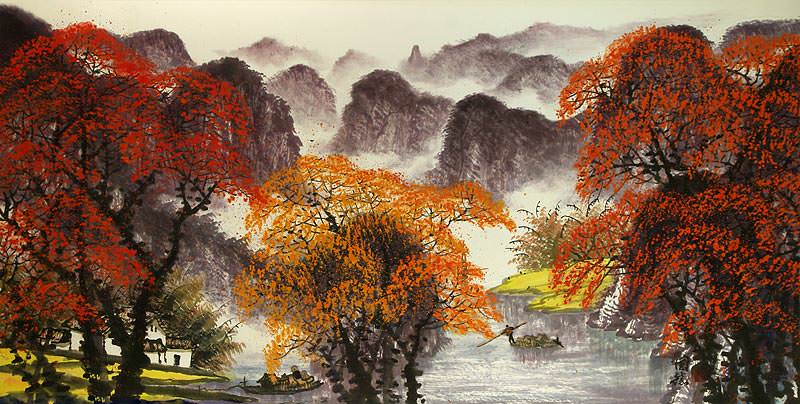 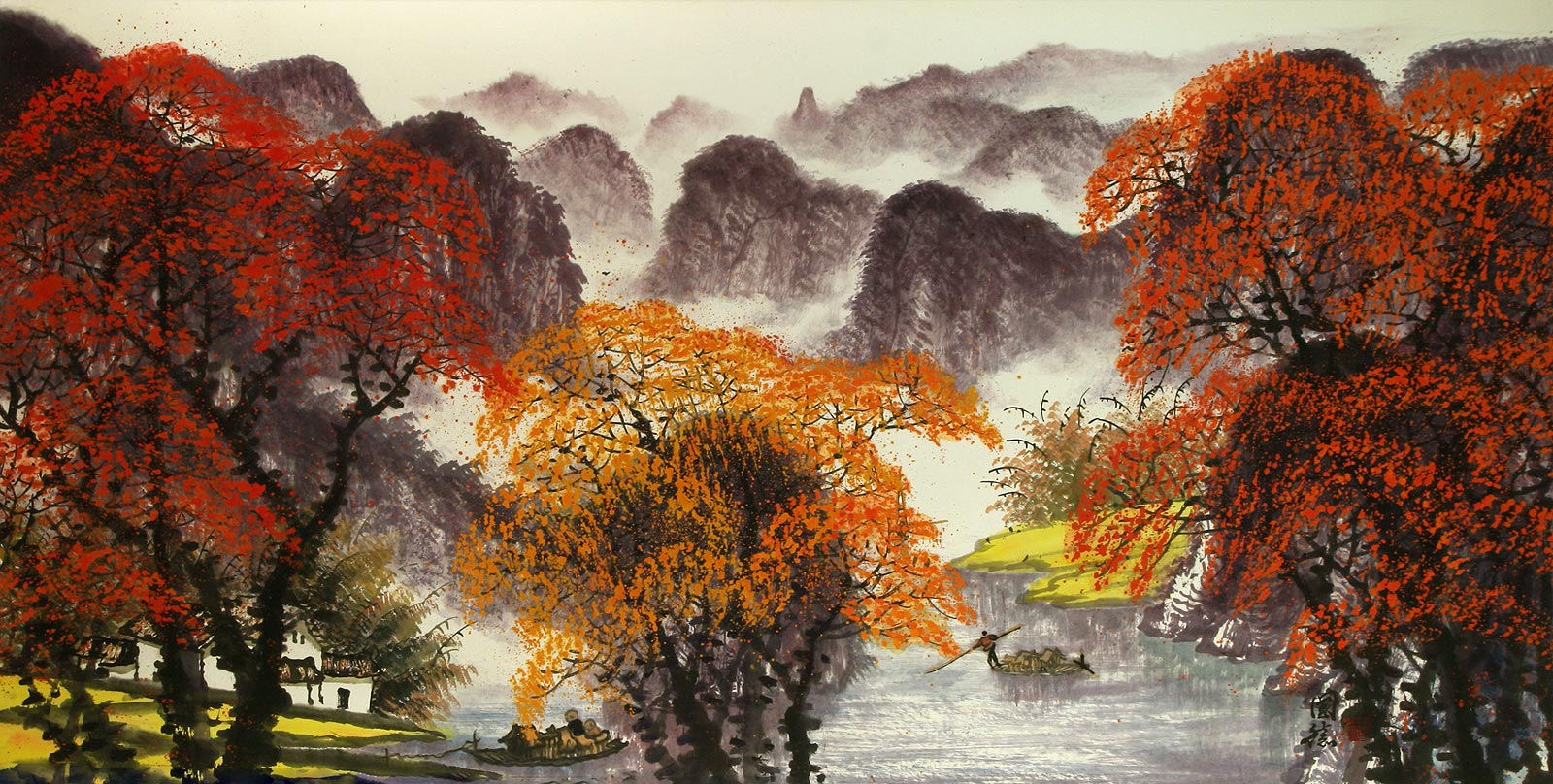 • Delivered to you in Ashburn by Feb 9th.
• Standard shipping is just $3.80 for any order.
• One of a kind.
• Hand-Painted Artwork.
• Money-Back Guarantee. 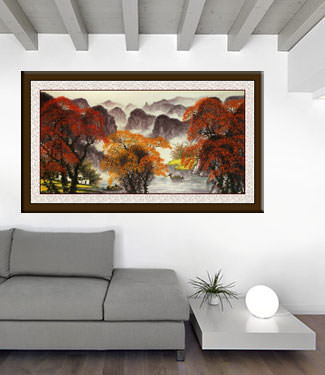 This beautiful Chinese landscape painting features the Li River near the artist's home in Guilin.

This simply stunning landscape painting shows the Karst landscape of the vertical mountains around the Li River. These mountains are sometimes beyond vertical. They often have unusual shapes that the locals have named. One I remember when I sailed down the Li River was the climbing tortoise. At a certain angle, it really looked like the silhouette of a tortoise climbing up the mountain.

Down below, you see people rowing boats and rafts made of bound bamboo. Typical modes of transportation, even today on the Li.

This is a great large painting for a restaurant, or behind your sofa.