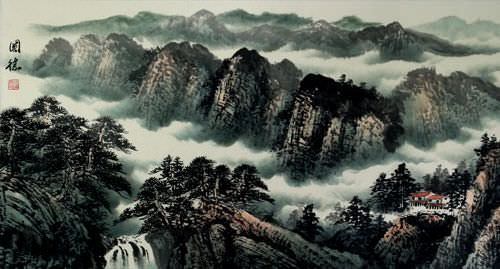 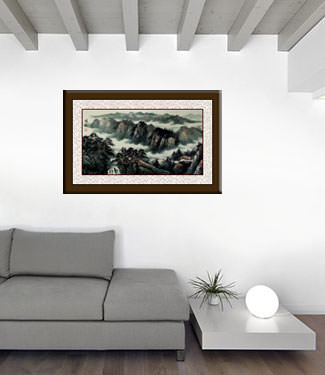 This is the artist's interpretation of the Li River, just outside the artist's home in Guilin. Look closely to find the little village houses and waterfall.