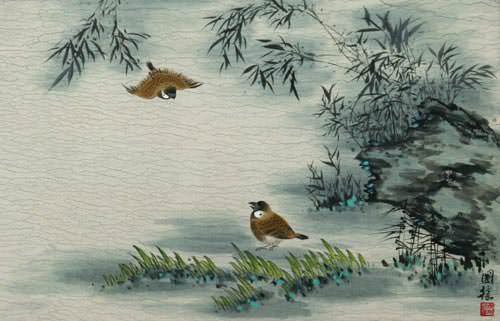 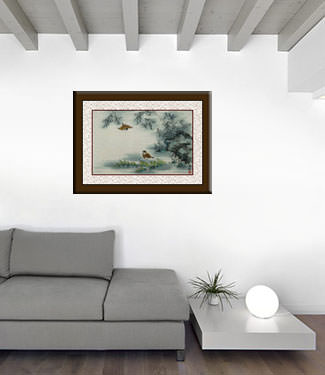 Well, perhaps I should say, a traditional scene. The artist has a style of his own, which is a blend of traditional and personal techniques.