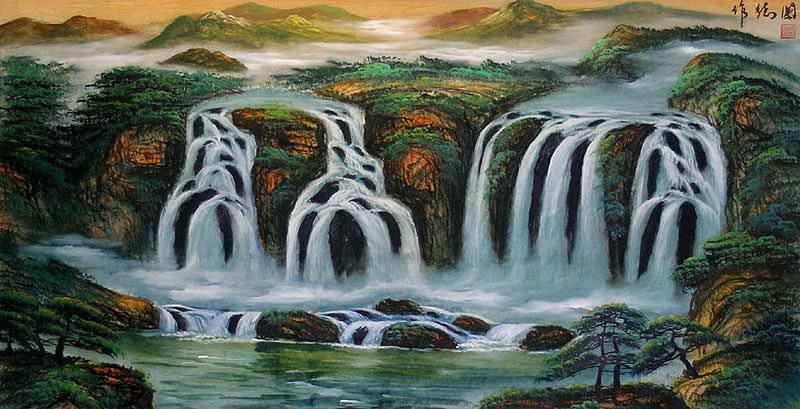 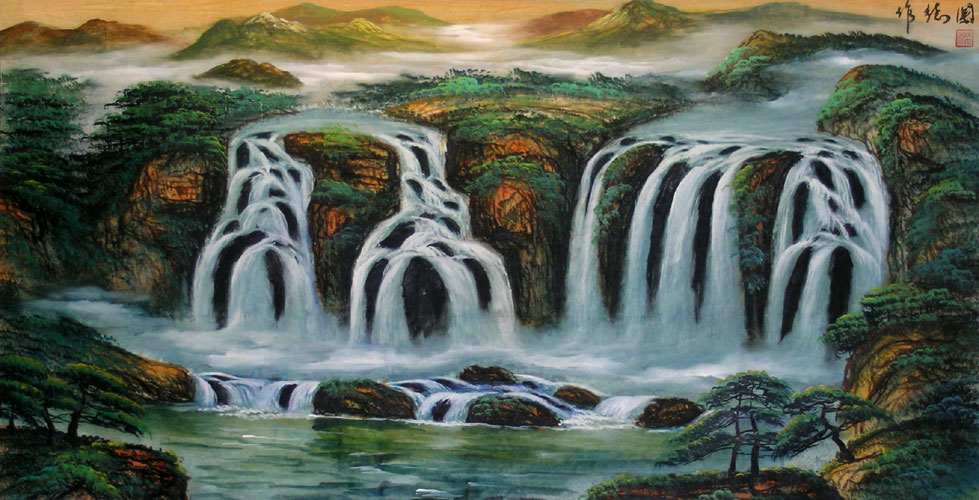 The artist, Mr. Ou-Yang told me that we was trying something new. This waterfall landscape was created using a type of thinned oil paint on xuan paper (rice paper). This is not a typical art media combination.

The result is a simply stunning waterfall landscape painting. Vivid colors great your eyes from everywhere you look on this painting