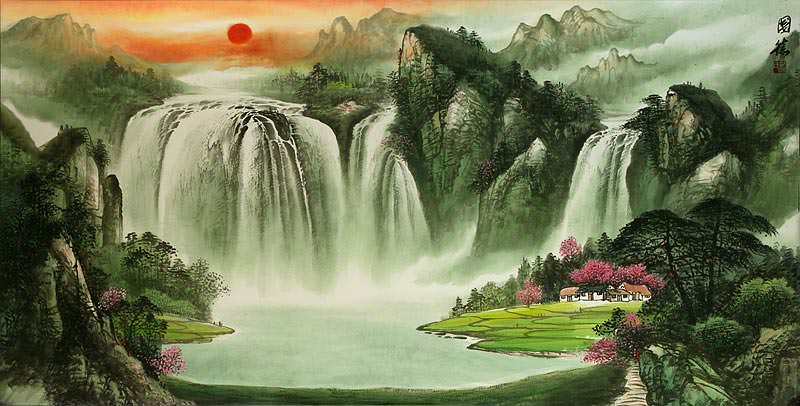 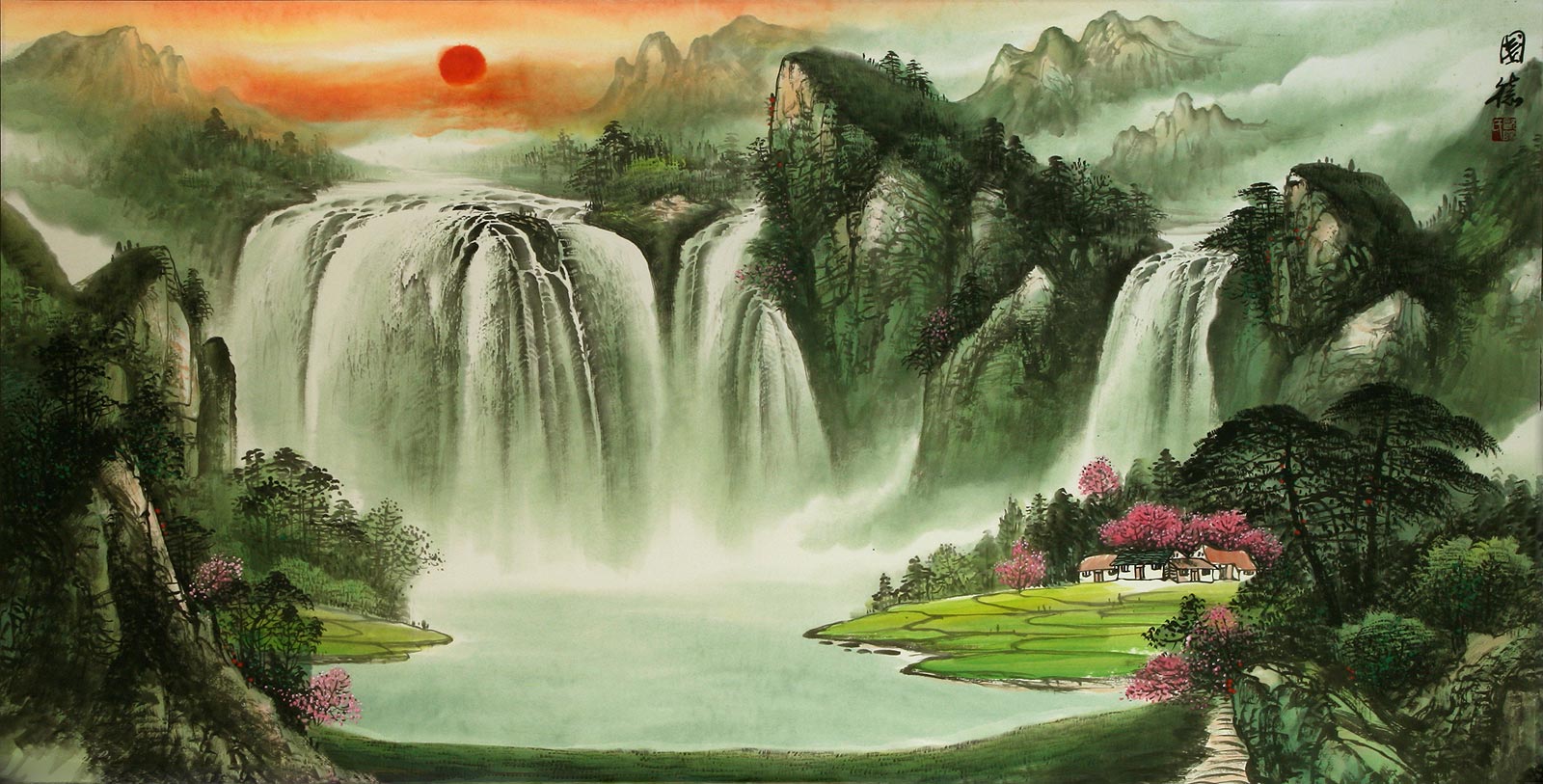 This is a beautiful landscape painting. It features a rising sun over a waterfall with small village on the bluffs below.

The result is a simply stunning waterfall landscape painting. Vivid colors great your eyes from everywhere you look on this painting