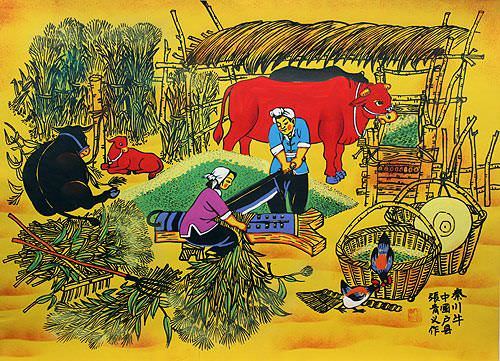 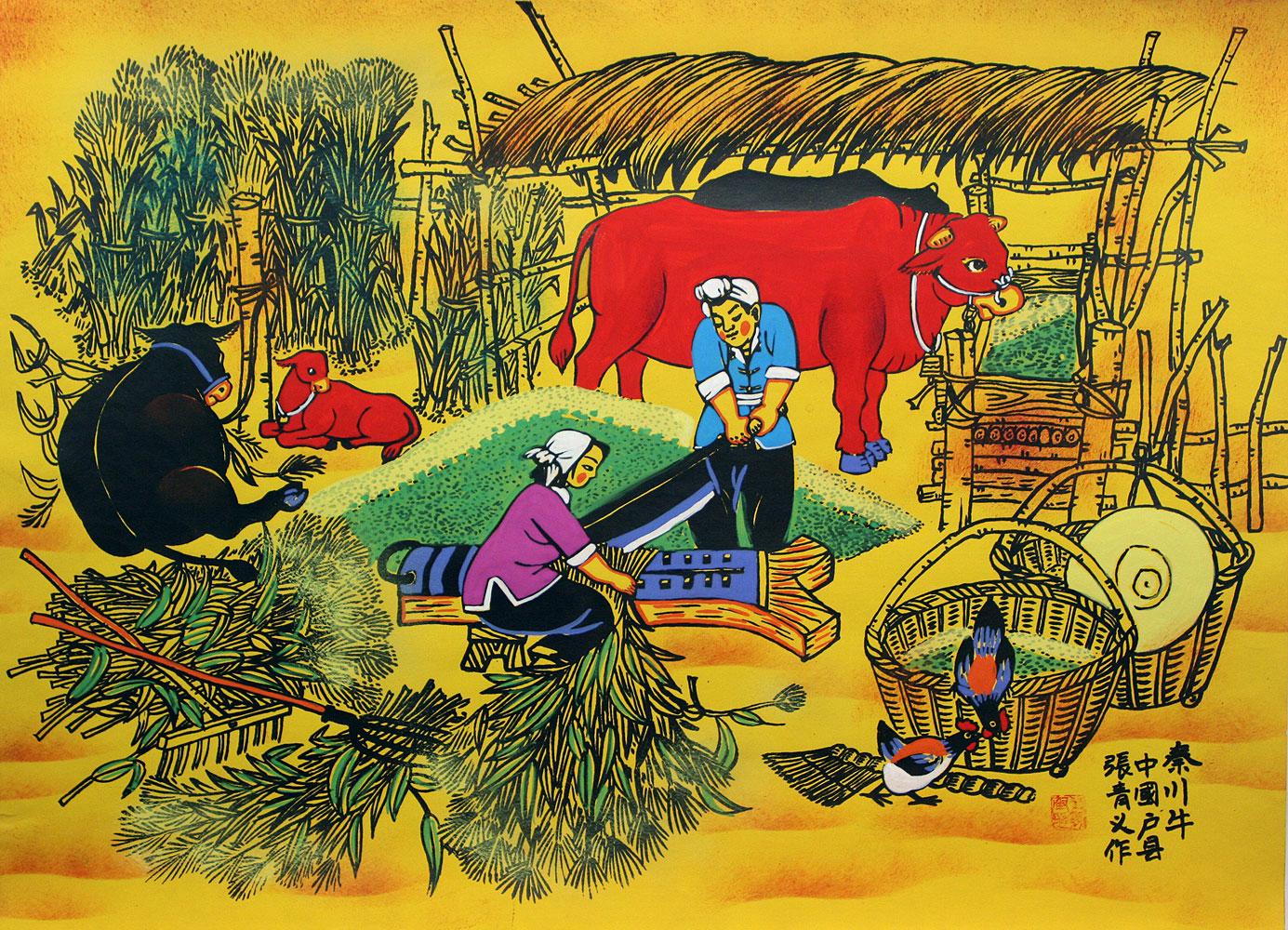 • Delivered to you in Ashburn by May 26th.
• Standard shipping is just $3.80 for any order.
• Hand-Painted Artwork - Each one is unique.
• Money-Back Guarantee.

The title of this piece is "Qin-Chuan Cattle". The first character is 秦 or Qin, a surname and name of a dynasty in China. The second character is 川 or Chuan, which can mean river or stream. The last 牛 or niu character can mean cow, bull, ox, or cattle.

Qinchuan cattle is a famous breed for meat and farm labor from the Guanzhong Basin or Wei River Basin area (an area at the junction of Shaanxi, Shanxi, and Henan provinces). The most unique thing about Qin Chuan cattle is that they are known for having nearly 90% red or burgundy fur. The finest and most delicious Wagyu beef in Japan trace ancestry to Qinchuan cattle in China.

Hanging Out in the Nude with Cat
Modern Art Chinese Painting