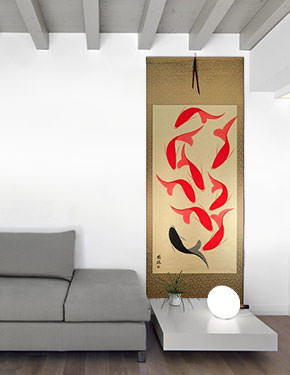 This wall scroll features 9 abstract koi fish swimming in every direction. The paper used is a mocha color tea-stained paper. This is very special handmade paper that gives a classic look.