• Delivered to you in Ashburn by Dec 2nd.
• Standard shipping is just $3.80 for any order.
• Hand-Painted Artwork.
• Handmade Wall Scroll.
• Money-Back Guarantee. 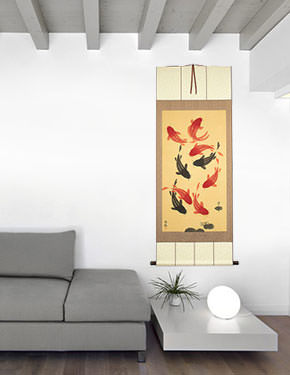 This koi fish artwork will look great in your home or office. 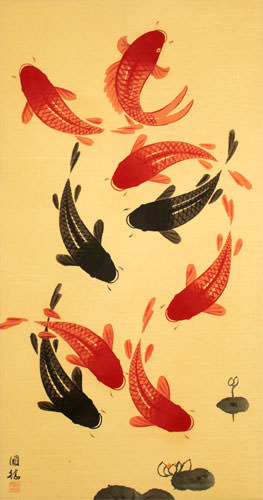 Please note that the paper used in this artwork is handmade. You may see some husks or fibers pressed in - proof of the handmade nature of the paper.

Also, in Mandarin Chinese, "fish" is pronounced "Yu" which is the same pronunciation as the word meaning "wealth" or "being rich". The fact that there are nine fish is a symbol of long life. Therefore, this painting should bring wealth and long life to those in your household.