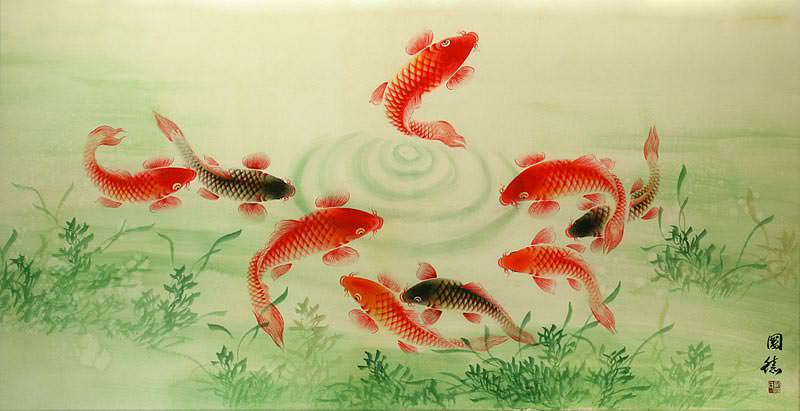 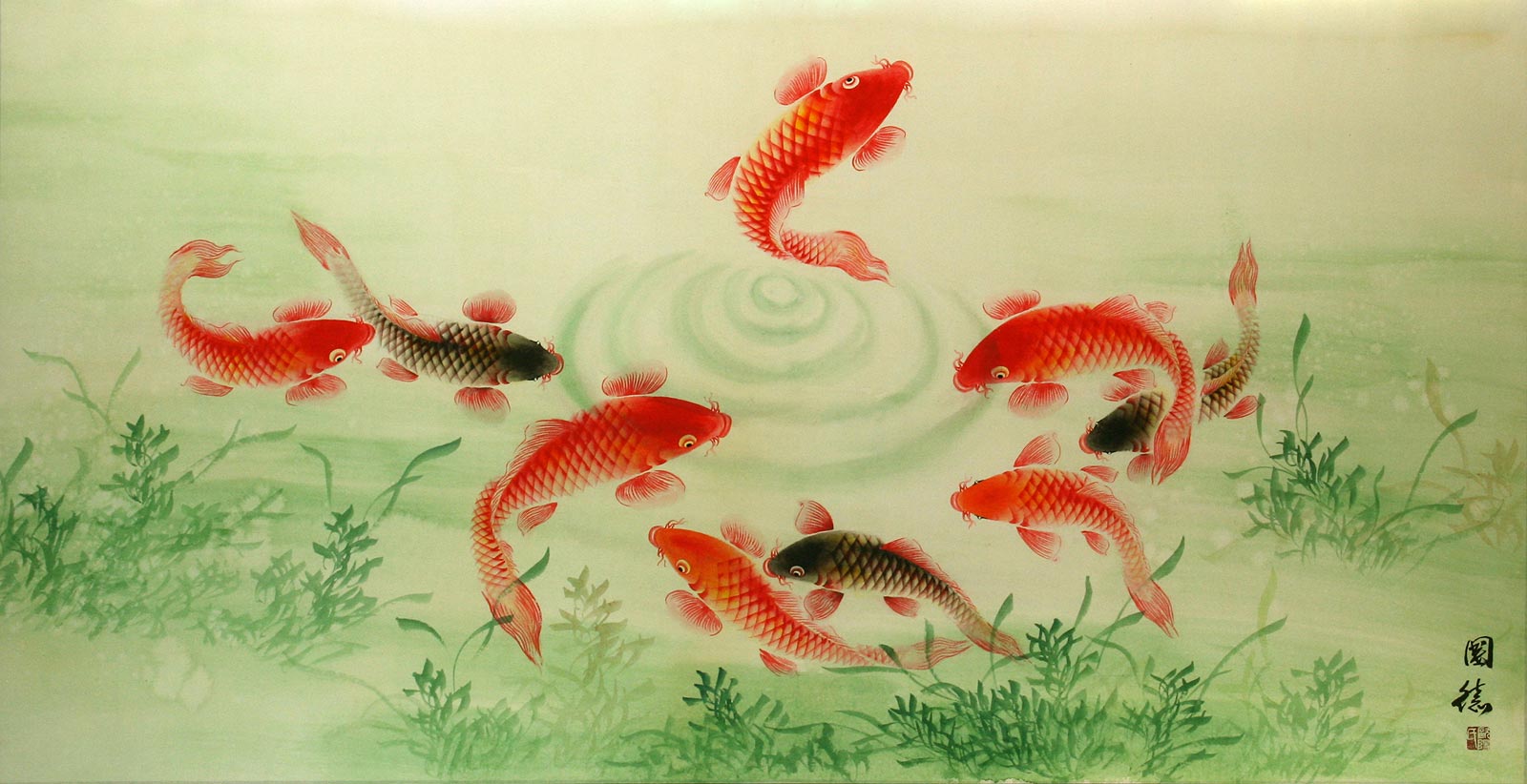 • Delivered to you in Ashburn by Apr 1st.
• Standard shipping is just $3.80 for any order.
• Unique Hand-Painted Art - Very Limited Supply.
• Money-Back Guarantee. 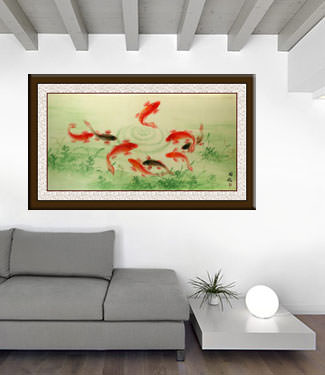 A bunch of koi fish seem excited, as the center fish seems to be jumping from the water to get some food.