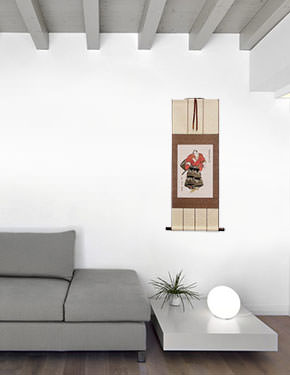 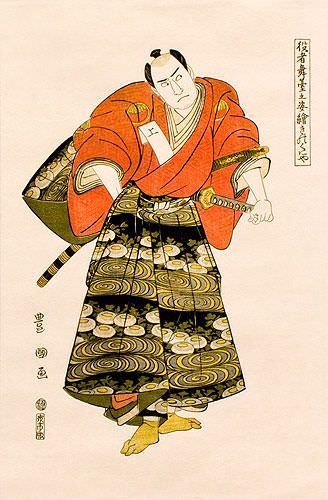 This depicts actor Sawamura Sōjūrō III (1753–1801) in the role of Shimada Jūzaburō in the play Faithful Courtesans in Yoshiwara.

The real Shimada Jūzaburō was a Ronin (rogue or masterless Samurai). He was the love interest of a famous courtesan known as Takao. Following true Japanese honor, the historic Takao is believed to have endured all of her fingers broken one by one, and later hung, rather than to be disloyal to Shimada Jūzaburō.

This is from Utagawa Toyokuni's series "Kabuki Actors on Stage" was published between 1794 and 1796.

The chrysanthemum pattern of this costume became a signature of this actor and strongly influenced the fashion in Japan at the time.