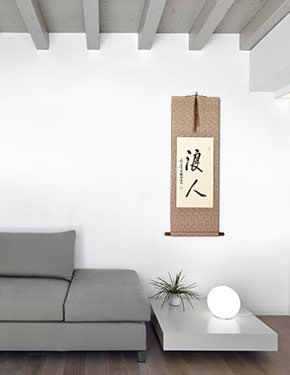 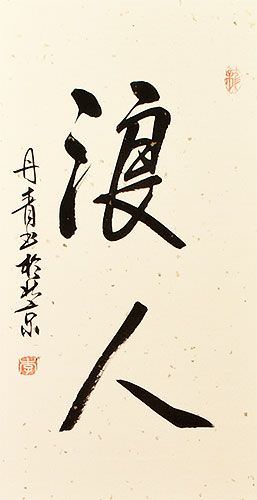 In Chinese, this term has the original meaning of a hobo, vagabond or ruffian. In Korean Hanja, these characters would be read as adventurer, wanderer, someone without a steady job, or someone who is wasting away time.

If this is not the color or style you want, please note that we have lots of options for custom Ronin calligraphy wall scrolls here!