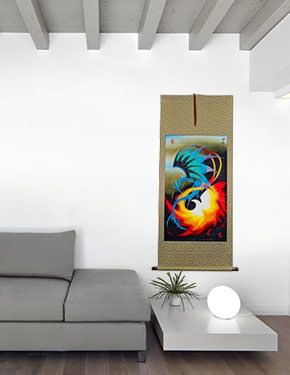 DISCOUNTED ITEM - Discounted because of some stray spots in the painting. This is our "flag ship" artwork, so it has to be perfect to get full price (which is still quite low).

This scroll features a vivid blue dragon meeting a fiery phoenix while swirling into a yin-yang pattern. 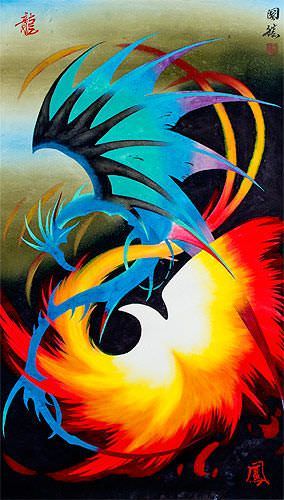