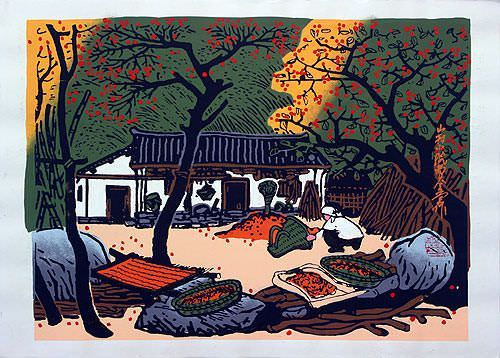 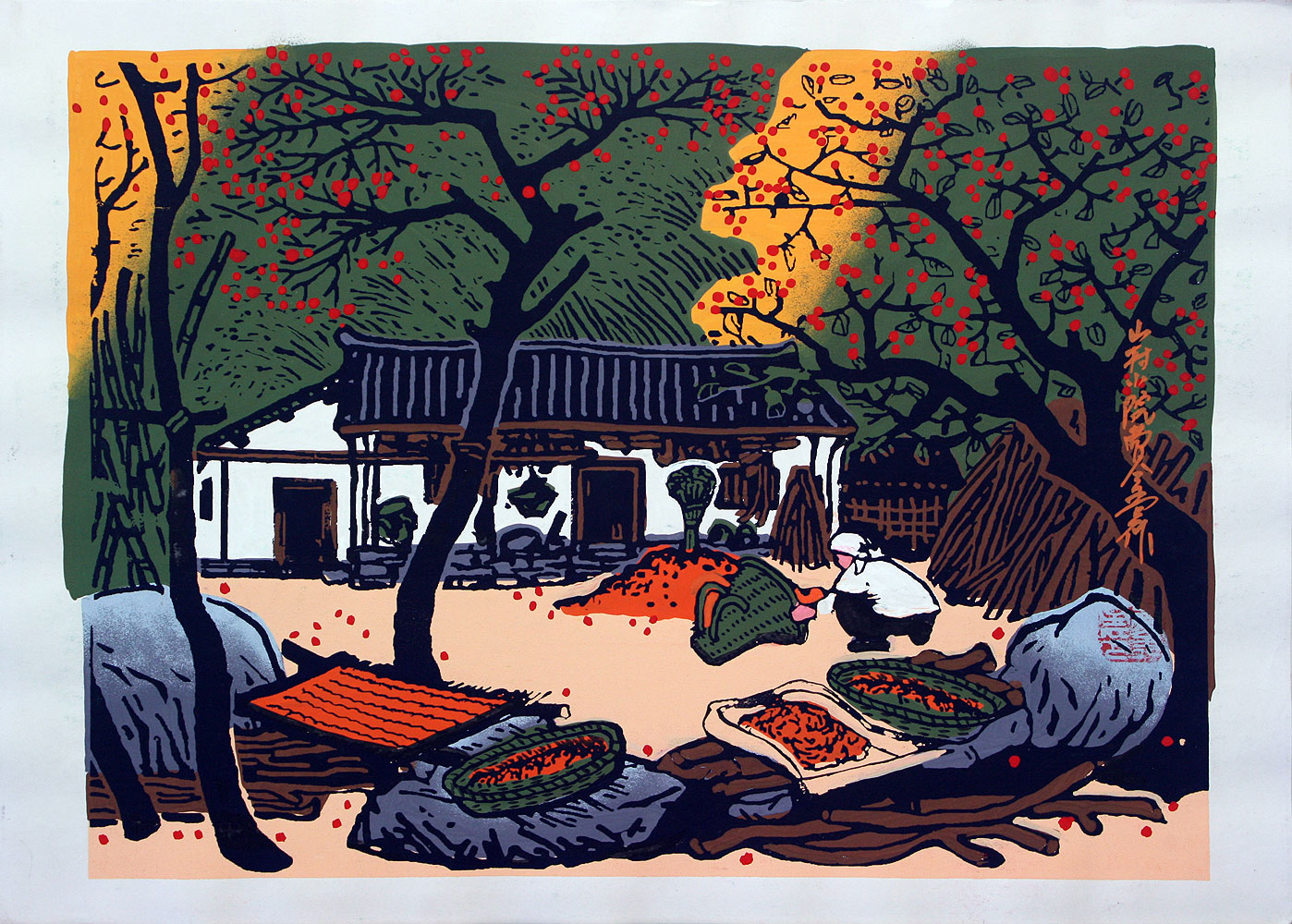 • Delivered to you in Ashburn by Dec 2nd.
• Standard shipping is just $3.80 for any order.
• Unique Hand-Painted Art - Limited Supply.
• Money-Back Guarantee.

This painting features a white house with a traditional dark-gray slate tile roof. A harvest of fruit has been collected, as a villager sorts it in the small courtyard of this house.