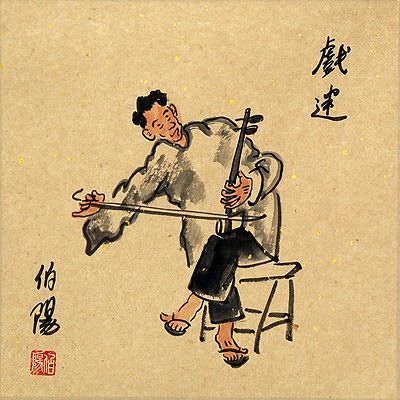 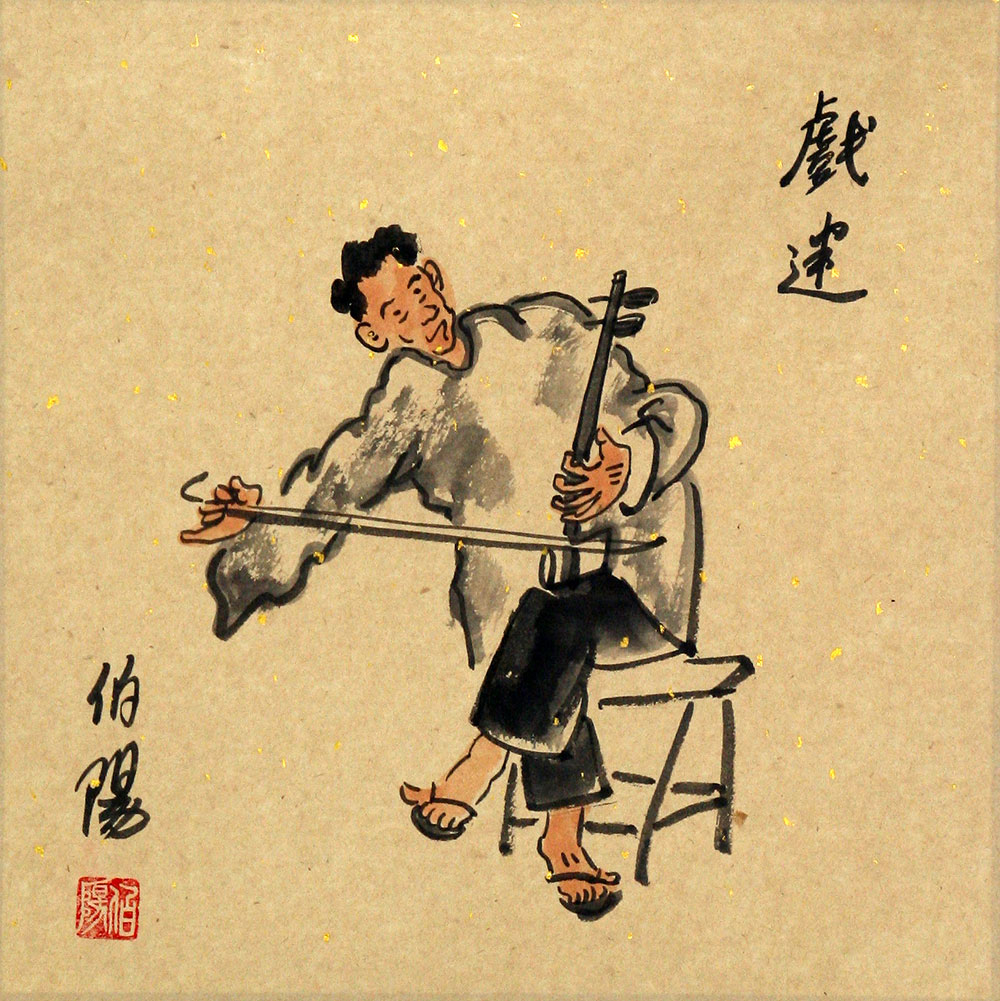 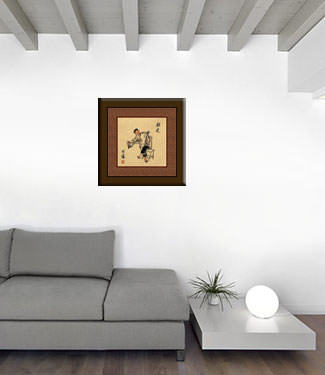 This painting features a man playing an

(er hu), a 2-string traditional Chinese alto-violin. This kind of fiddle is used in virtually all Peking Opera performances to match the high-pitched singing that is also ubiquitous with this genre.

The title suggests that this man is a huge fan of Peking Opera.