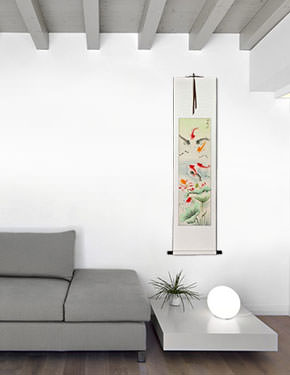 Note: The Chinese xuan paper used to create this artwork is handmade. You may find some husks, fibers, or other artifacts in the paper which prove the handmade quality.