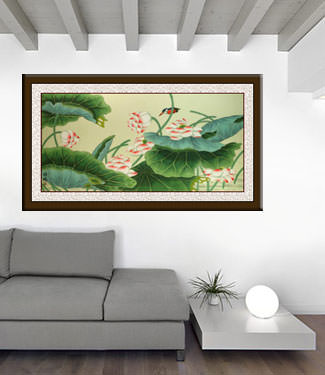 The lotus flowers make a handy perch for the bird in this painting. This was painted using watercolors on xuan paper (rice paper). It has been mounted with a shiny silk border making it ready-to-frame.