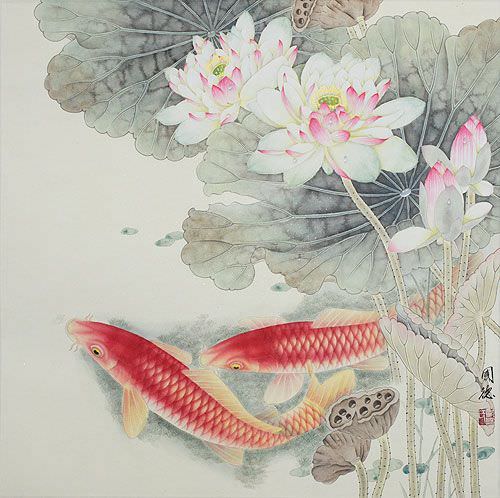 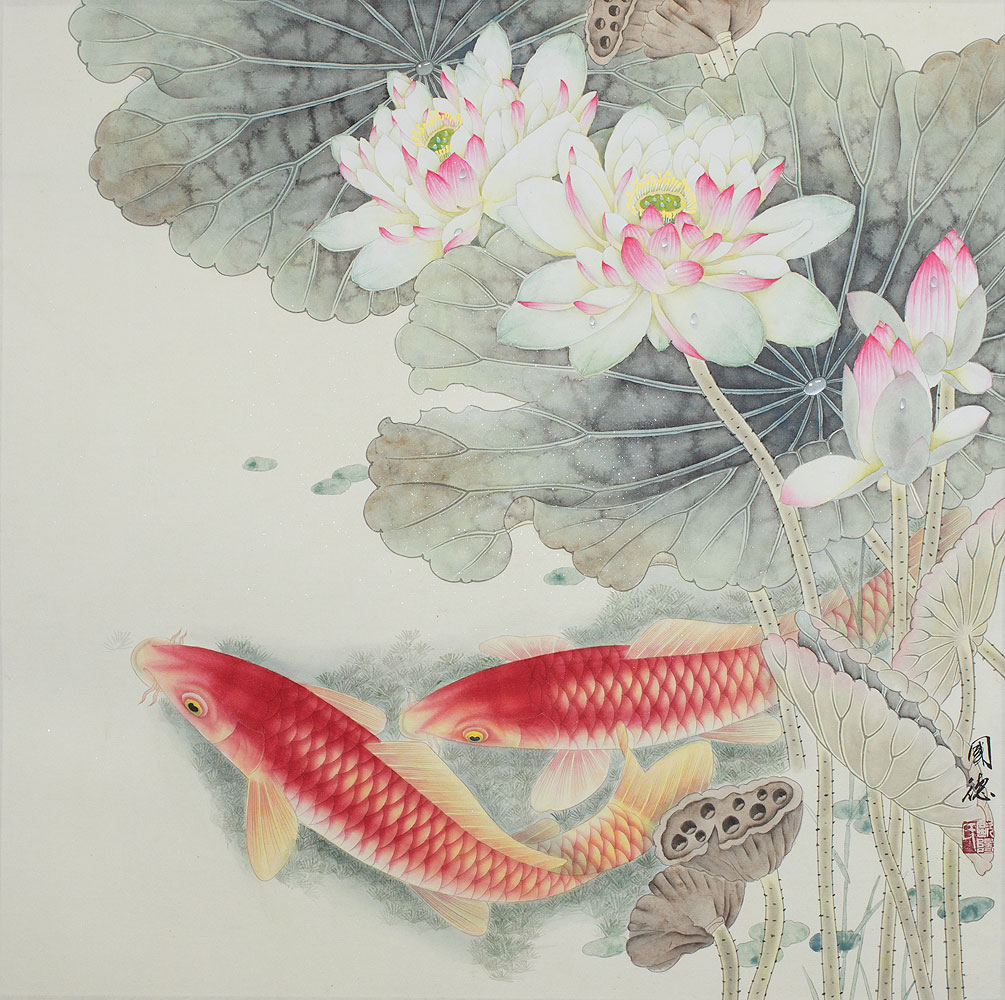 • Delivered to you in Ashburn by Aug 10th.
• Standard shipping is just $3.80 for any order.
• Unique Hand-Painted Art - Very Limited Supply.
• Money-Back Guarantee. 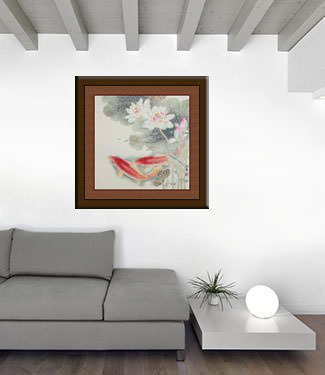 These fish swim around each other under the lilies and lotus flowers.

This is a very classic or antique-style painting. The xuan paper has a slight yellow hue and is handmade. Expect a few husks and artifacts in the paper.