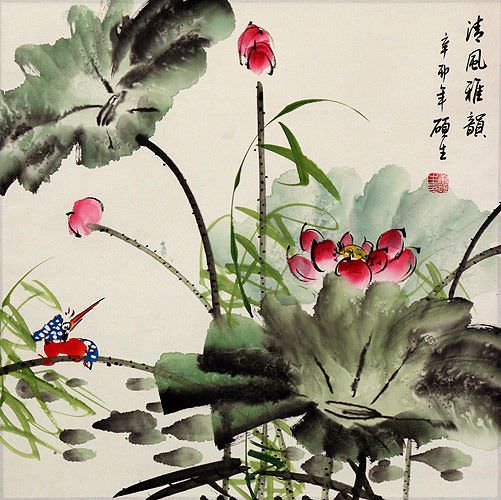 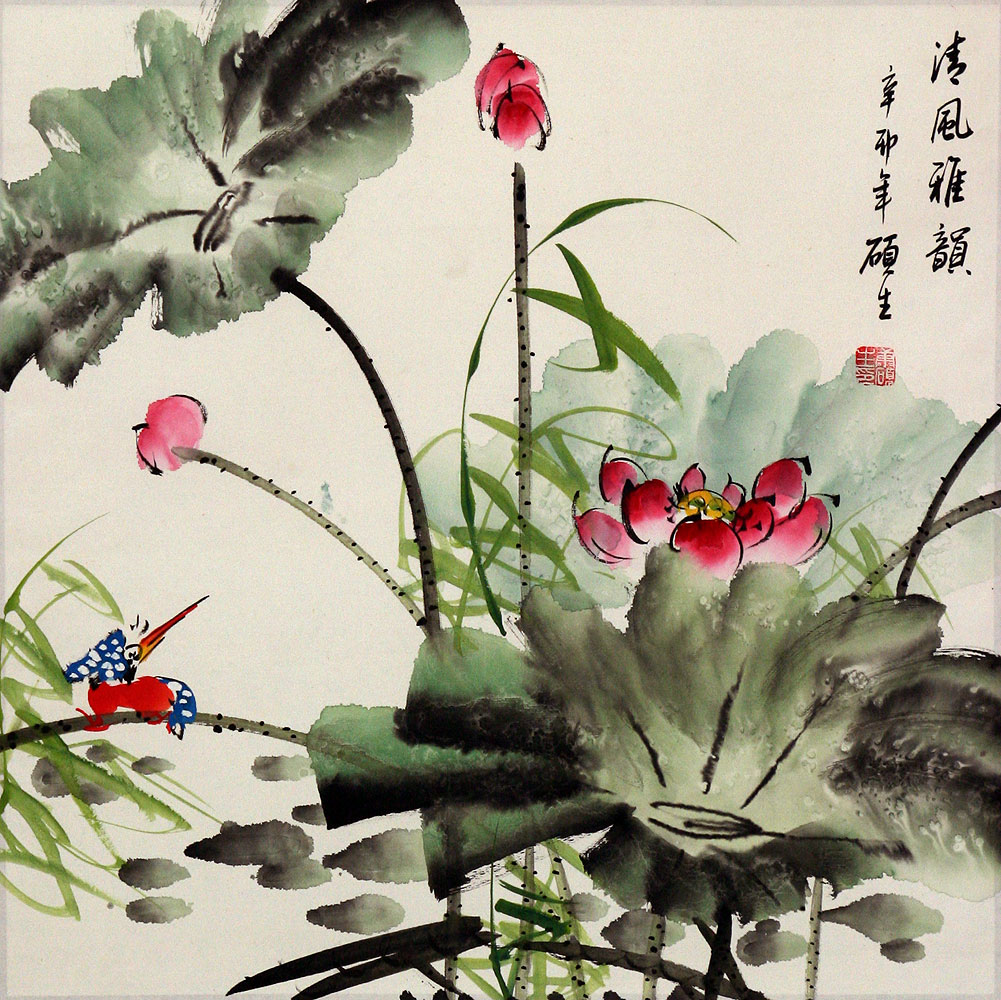 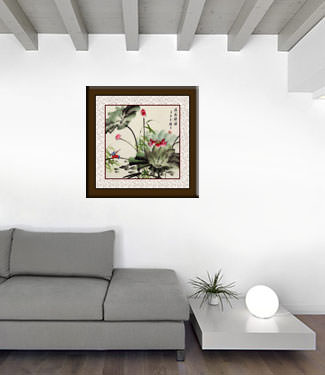 This painting features a little blue kingfisher bird among lilies and lotus flowers.