• Delivered to you in Ashburn by May 23rd.
• Standard shipping is just $3.80 for any order.
• Handmade Wall Scroll.
• Money-Back Guarantee. 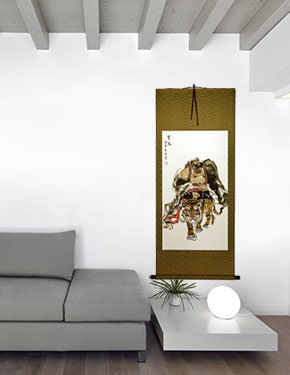 This tiger artwork will look great in your home or office. 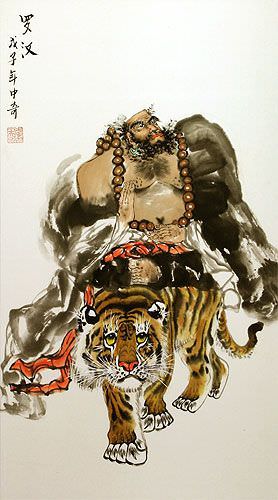 This wall scroll features Damo or Bodhidharma, the Indian monk credited with founding the Chan (or Zen) tradition of East Asian Buddhism.

(Zhong Qi) from near Guilin, China. The inscription includes his signature and the indication that this was painted in 2008.