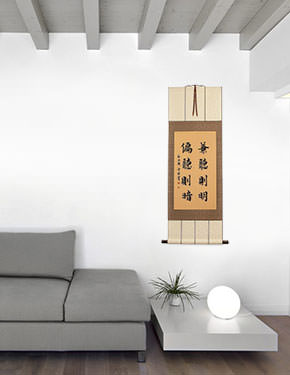 Listen to Both Sides and be Enlightened,
Listen to One Side and be in the Dark

A man named Wei Zheng lived between 580-643 AD. He was a noble and wise historian and minister in the court of the early Tang Dynasty.

The emperor once asked him, "What should an emperor do to understand the real-world situation and what makes an emperor out-of-touch with reality?"