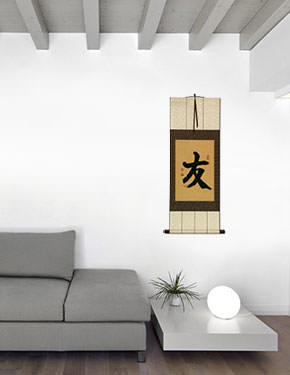 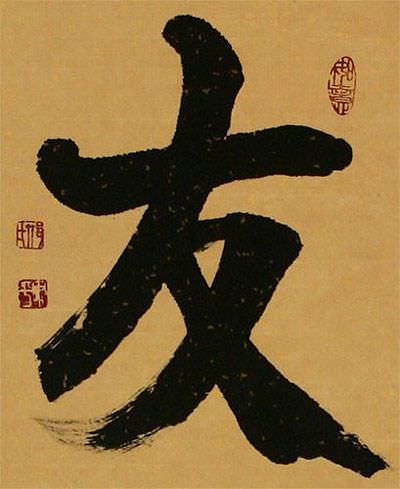 This one is written in Xing-Kaishu (Running-Regular Script). The brush marks and flowing nature of this artwork is what differentiates the style from Kaishu (Regular Script).

This single characters is open to interpretation, so it can mean different things to different people (not necessarily a bad thing, as you can decide what it means to you). If you want a more concisely-defined word, you should probably pick one of our multi-character friendship-related words from our Friendship Custom Calligraphy Wall Scrolls page.

This calligraphy was done by famous master calligrapher Xing An-Ping of Beijing. It's mounted with special two-tone ivory and copper silk with accent lines.