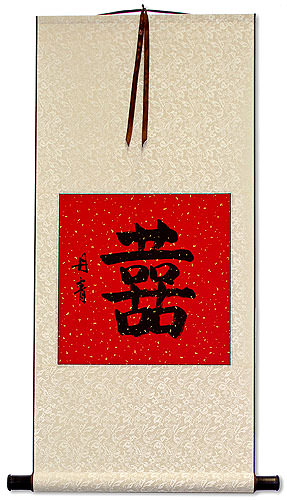 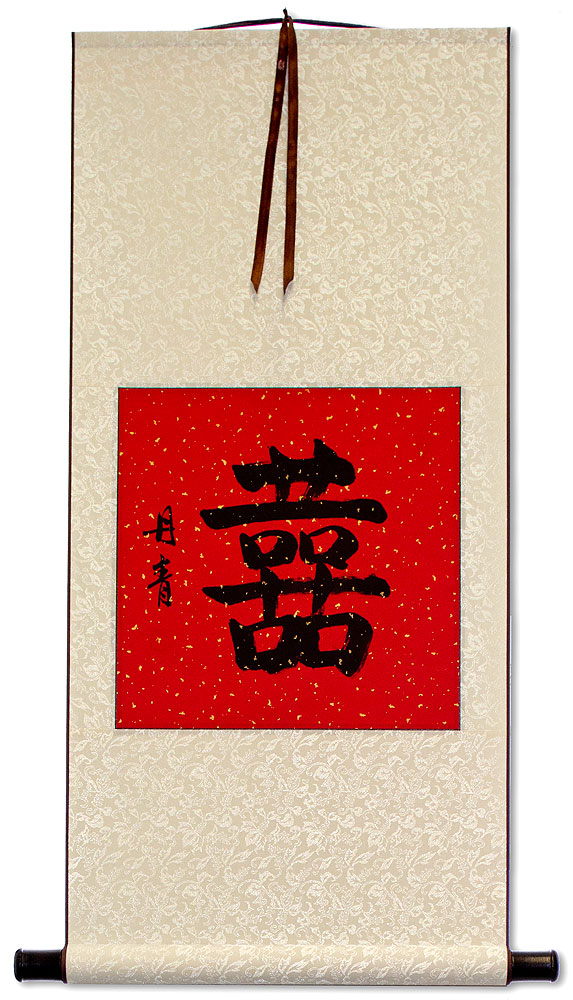 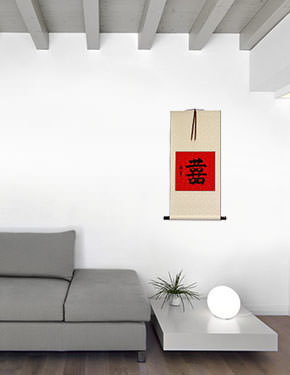 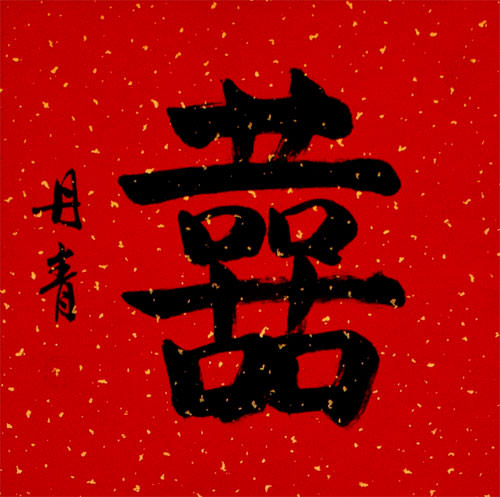 This piece is painted with special Chinese ink on rice paper mounted to a traditional silk scroll.

The artist's name is "Li Dan Qing" who is from Beijing, China. He is an older man with good calligraphy skills.

To create this art, Li Dan Qing used special Chinese ink on thick rice paper. Then I took it to the best painting mounters in Beijing to mount the painting on a silk scroll.

We can have a custom Double Happiness wall scroll created for you...

If you are looking for something very special, we also have investment-quality calligraphy available from a famous master-calligrapher in Beijing for an additional $40 fee.

Customize and personalize a Double Happiness painting or wall scroll