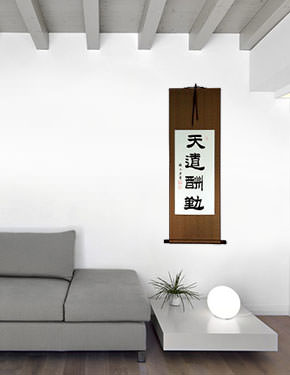 Whichever translation you like, a scroll like this on your wall may serve as a reminder to work hard because your diligence will pay off both in this life and the next.

Note: This can be pronounced in Korean as 천도수근, but it's not a commonly-used term.