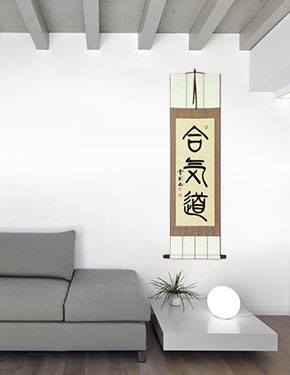 The style is "seal script" which is known as "tensho" or 篆書 in Japanese. This character style dates back to some time before 221 BC. This was before Japan even started to use Chinese characters. This makes it a very unique and old style Aikido title.