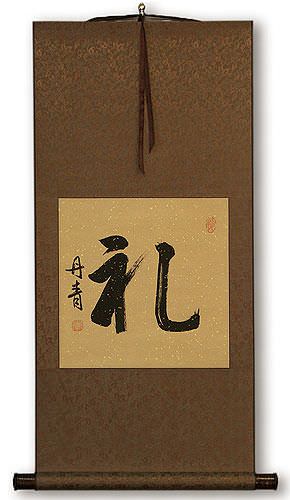 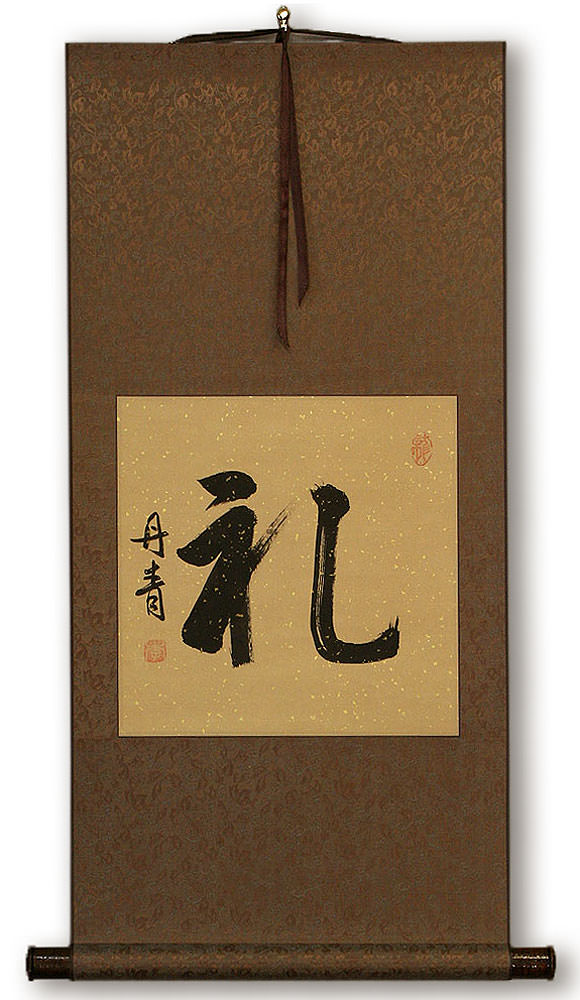 This character can also be translated as propriety, good manners, politeness, rite, worship or an expression of gratitude.

See our Respect web page for more respect-related terms in Chinese and Japanese that you can custom order.

This respect character is one of the tenets or core values of Confucius.

This is also one of the tenets of the Samurai. You may want to have a look at our Bushido - Code of the Samurai - Way of the Warrior web page.

Both modern Japanese and modern mainland Chinese use the same simplified version of this respect character. The older traditional version looks like this: