This is a nice wall scroll that depicts a little about the happier side of life North Korea. In the painting, a gathering is taking place where everyone is dancing and having a great time. Often traditional paintings like this are sold in sets of 4 or 8 and pasted to the faces of foldable screens that divide rooms in Korean homes.

This one has met perhaps a better fate, and was mounted to a nice handmade silk wall scroll in our Beijing workshop.

It will make an interesting display of simple Korean folk art in your home. And when you read more about where this came from, perhaps you'll find that it is just the conversation piece that you were looking for. 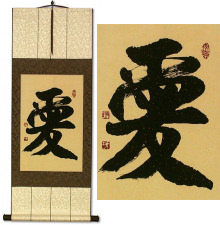 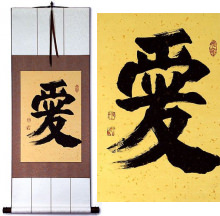