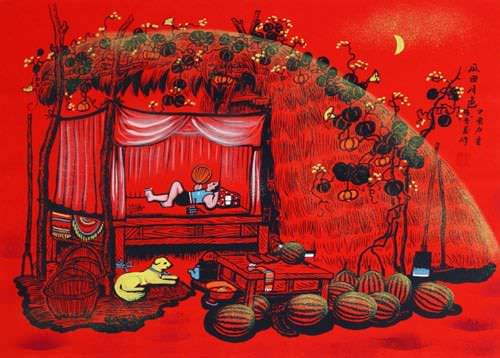 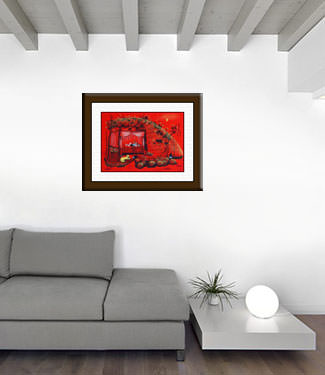 The Chinese title of this painting is "Gua Tian Yue Se".

This painting has a lot of dream-like fantasy in it. At least, I have never seen a bed entwined in a melon patch in real life.