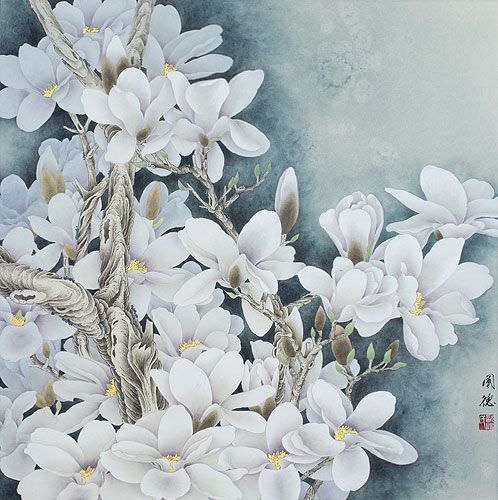 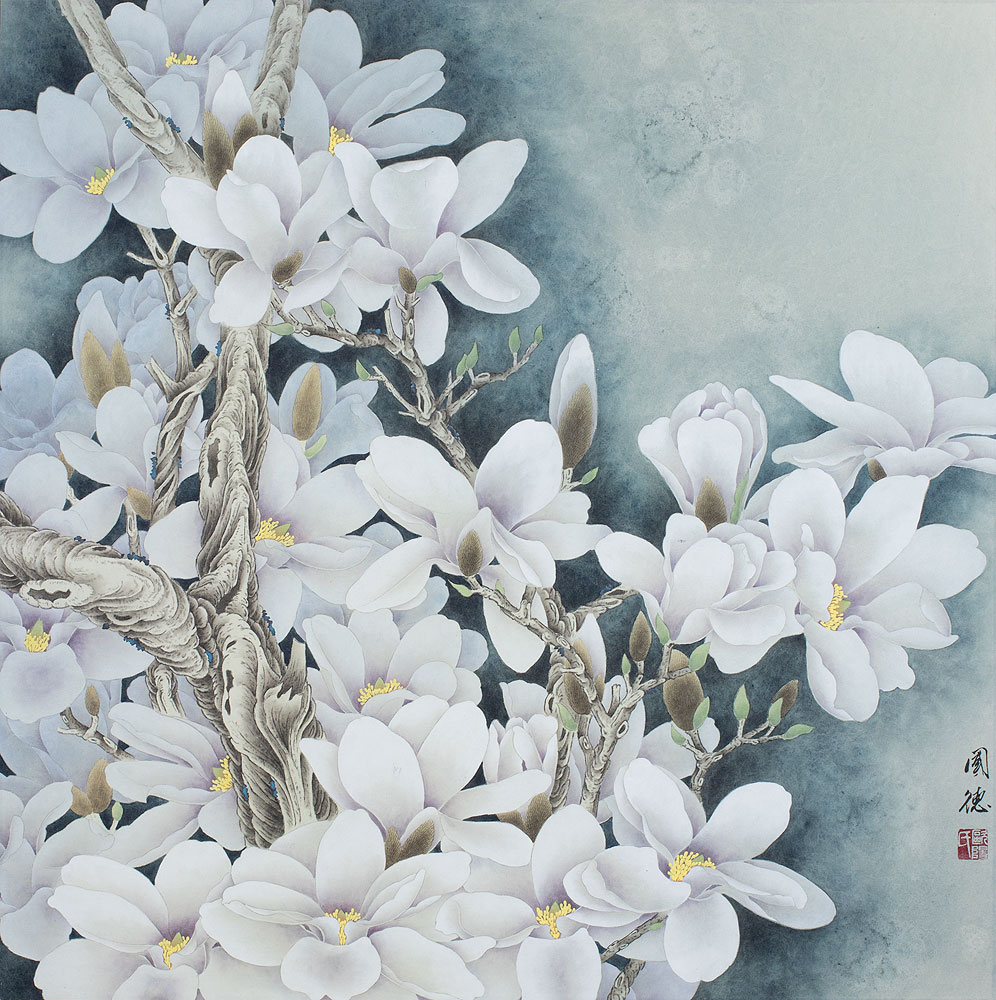 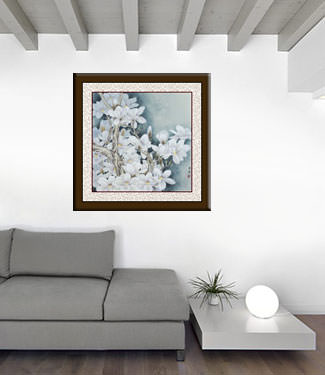 This is a very colorful and detailed painting (one of my favorites). Amazing white magnolia flowers seem to jump off the paper at you. This painting has an almost 3D effect, though on perfectly flat paper. 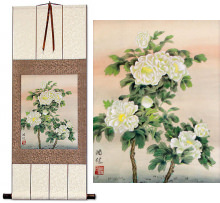