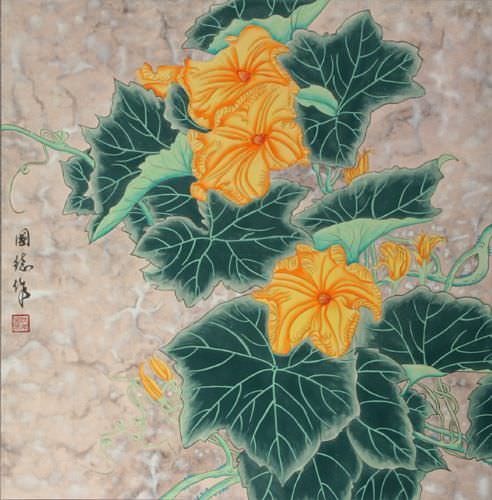 I suppose this could be squash, or some kind of melon (hard to tell when there are only flowers and leaves to judge from). You can use your own imagination and decide what kind of plant this is.