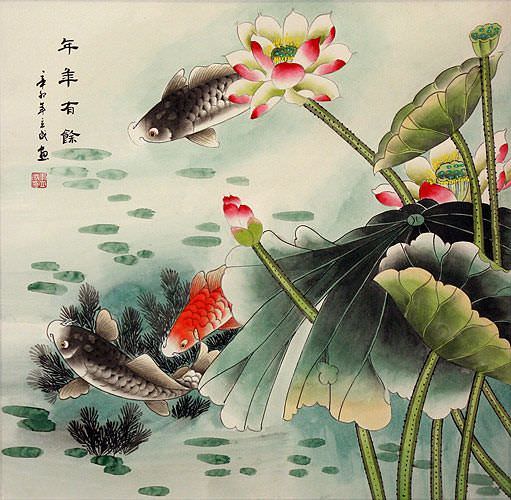 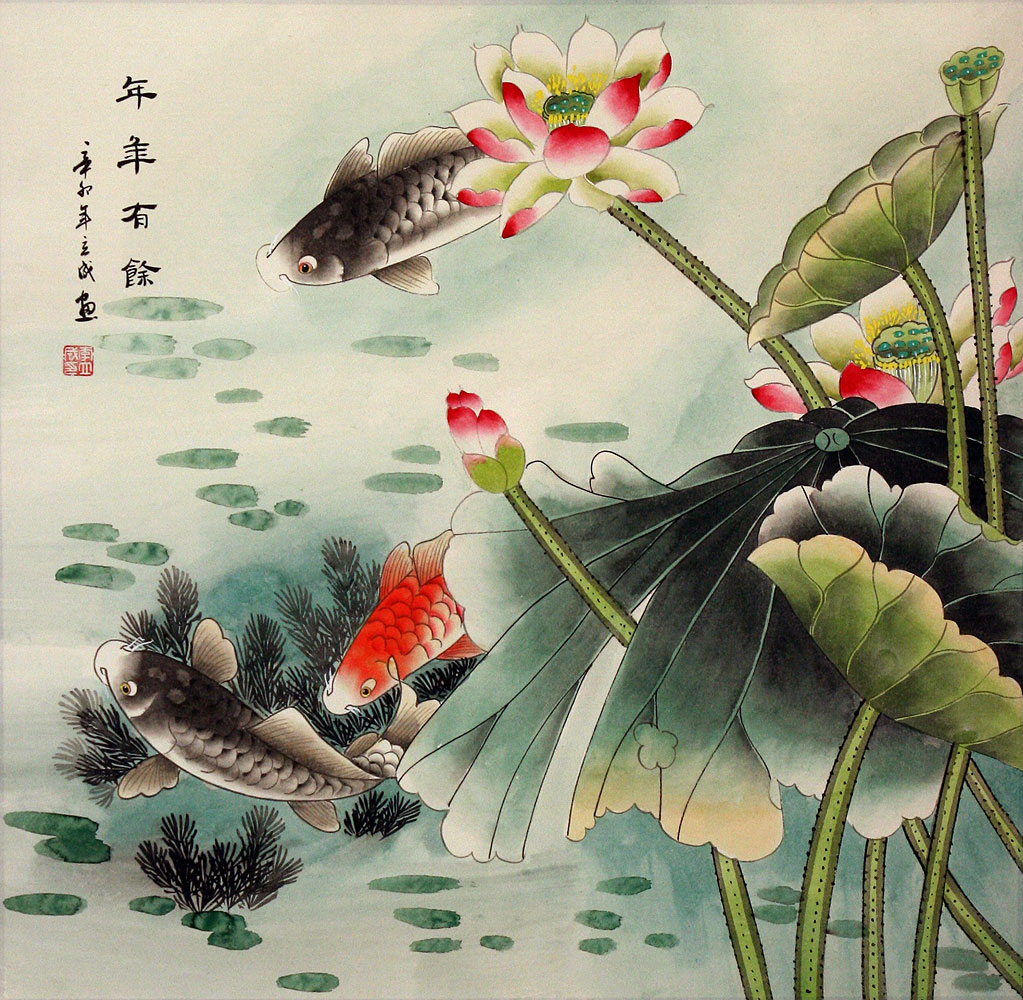 • Delivered to you in Ashburn by Mar 1st.
• Standard shipping is just $3.80 for any order.
• Unique Hand-Painted Art - Very Limited Supply.
• Money-Back Guarantee. 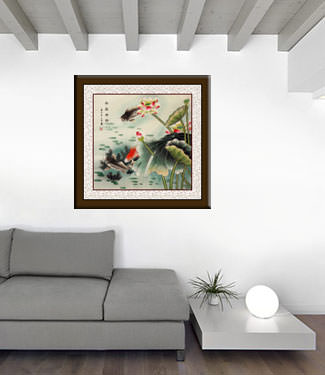 The title of this piece, written in Chinese characters is 年年有餘 (Nián nián yǒu yú), which literally means "Year [in and] Year [out], [may you] have Enough/Riches". This is kind of a play on words, as the word "Yu" in Mandarin Chinese means to have enough or to have riches. But it is exactly the same pronunciation as the word for "fish". So when someone says this, it sounds like they are wishing that you have fish every year forever. Because of this fact, images of fish, have come to represent "having enough" or "riches" in Chinese culture.

The rest of the characters, 辛卯年 立成畫, indicate this was painted in 2011 and signed Li-Cheng (the artist's given name). The artist's full name is Wang Li-Cheng. I only met him once, and don't have a lot of information about him. I can say he lives in Jinan City in the Shandong Province of Northern China. His artwork speaks for itself. I should head back to Jinan and get more.