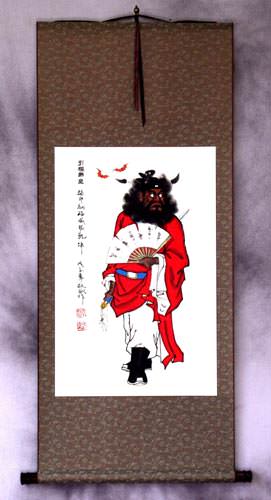 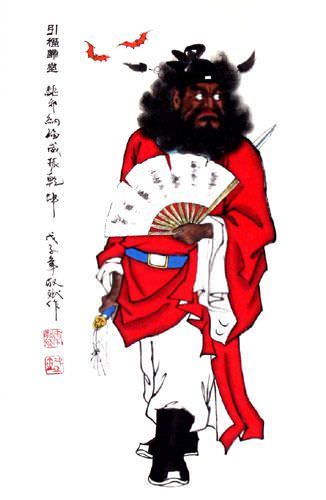 According to the myth, Zhong Kui travelled with his close friend, Du Ping to take imperial examinations at the capital. Zhong Kui achieved top honors in the exams, but was stopped from taking the title earned after the emperor saw how truly ugly Zhong Kui was. In protest, Zhong Kui committed suicide upon the palace steps by crushing his own skull against the palace gate.