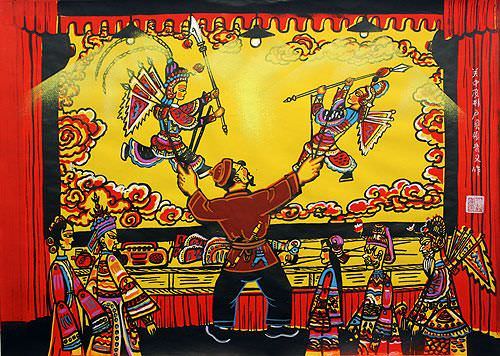 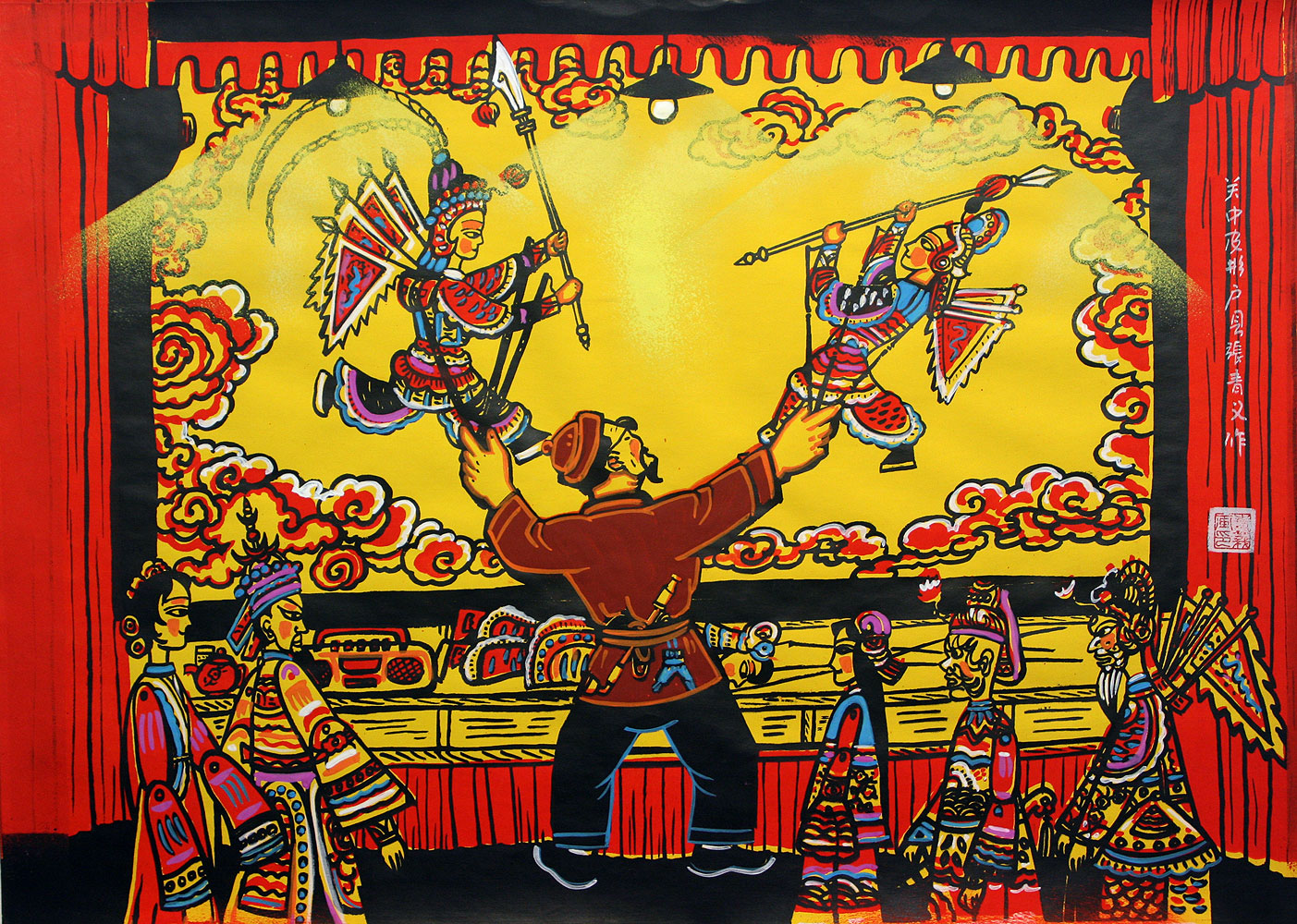 • Delivered to you in Ashburn by Jan 29th.
• Standard shipping is just $3.80 for any order.
• Unique Hand-Painted Art - Limited Supply.
• Money-Back Guarantee. 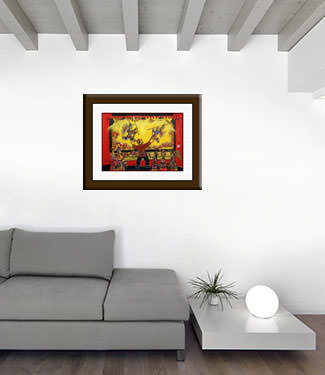 The Chinese title basically means "Chinese Leather Puppet Show". These puppets are actually made out of very thin leather (so thin that it's translucent) which has been shaped and painted to form human and animal figures.
After the main title, which is four characters, near the top of the painting, there is a line of four characters that says "China, Huxian". Huxian is the county or area where the artist resides. The four character line is the artist's signature, plus a character that means "made by".

We've actually been thinking about offering these traditional leather shadow puppets as a form of artwork on our website. If you are interested, please let us know, as we are trying to figure out if there is a demand for this very traditional artwork (it was banned during the Cultural Revolution, but I personally know members of a family that secretly kept this art alive through that time, and still make shadow puppets today.