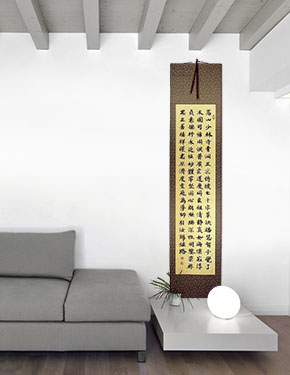 This calligraphy includes the title and poem that celebrates the tactics and virtues of the Shaolin Kung Fu Monks for future generations.