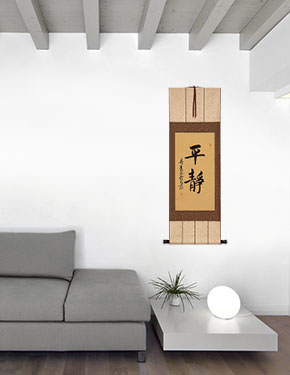 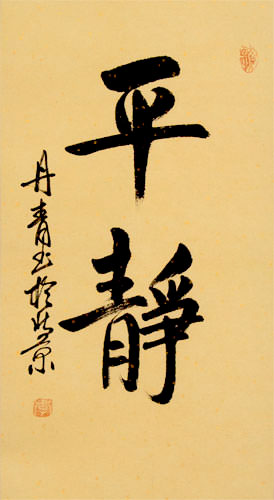 This is one of several ways to express as "serenity" or "tranquility" in Japanese and Chinese. It can also be translated as calm, serenity, tranquil, undisturbed or serene.