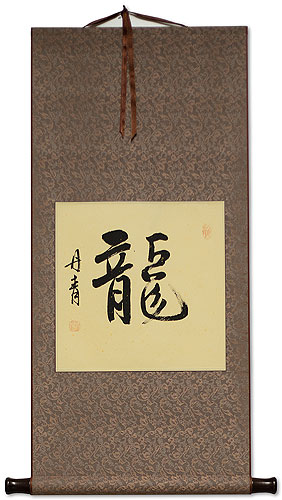 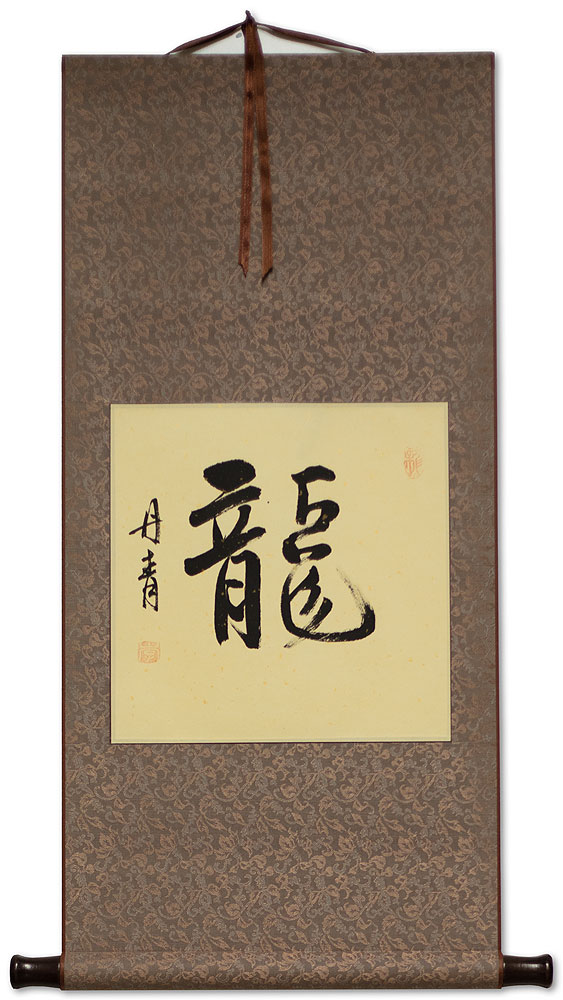 The three boxes in the middle below are all forms of
Traditional Chinese Characters often referred to as Hanzi in Chinese, and Kanji in Japanese.

If you want to open your mind to more, read below...

Finally, in about 221 B.C. the Qin Dynasty unified all of China. One of the Qin Emperor's goals was to standardize the writing system across all of his empire.
The official script was the second-generation of writing approved during Qin.

This piece is painted with special Chinese ink on xuan paper (rice paper) mounted to a traditional gold-colored silk scroll.

The artist's name is "Li Dan Qing" who is from Beijing, China. He is an older man who writes calligraphy for fun in his retirement.