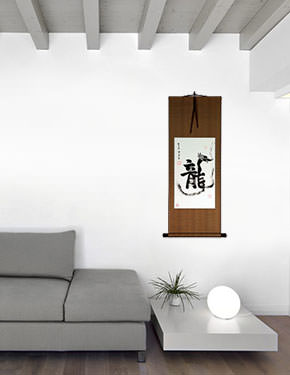 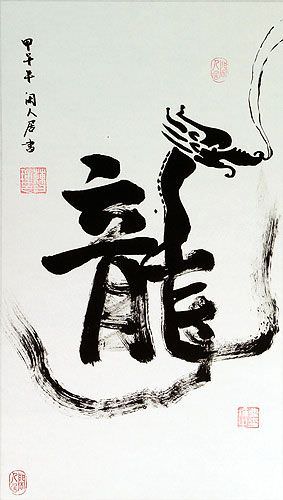 This Chinese character is "long" which means dragon. This one was drawn to look a bit like an actual dragon while being in the form of the character for dragon.

(Note: This "long" is not English, so the "o" vowel sound is more like "oh" in English)