• Delivered to you in Ashburn by Dec 10th.
• Standard shipping is just $3.80 for any order.
• Hand-Painted Calligraphy - Each one is unique.
• Handmade Wall Scroll.
• Money-Back Guarantee. 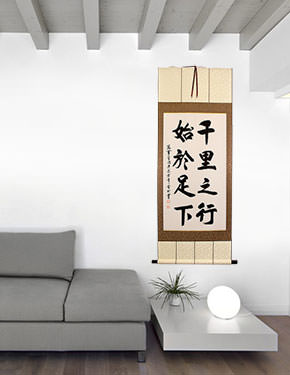 A Journey of 1000 Miles Begins with a Single Step 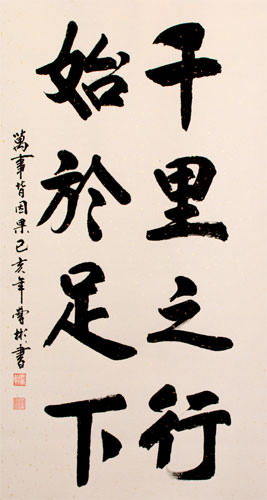 千里之行始於足下 is a Chinese proverb that means, "a thousand-mile journey begins with the first step".

This proverb figuratively means, "big accomplishments come from an accumulation of little achievements made one by one".

There is an inscription down the side that is about how Karma is everywhere or is the process behind all of life. It can be roughly translated as, "everything happens for a reason, and that reason is Karma".