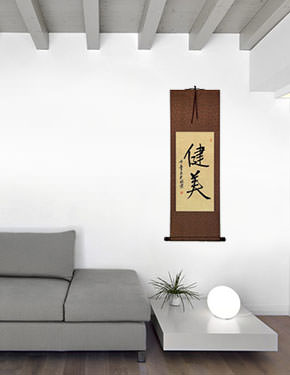 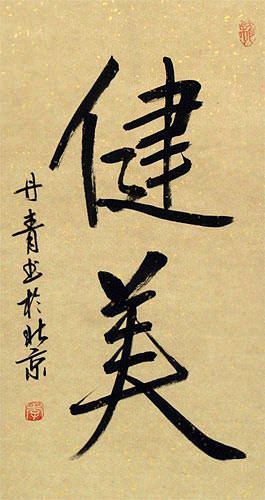 We don't really have a word like this in English, but these two characters create a word that means "strong and beautiful". It could also be translated as "healthy and beautiful".

Note: This is a word in Chinese and Korean, but it's also the family name Takemi in Japanese. The characters hold the same meaning in Japanese, but It's kind of like having the English name Stillwell, when few people would perceive the meanings of still and well.