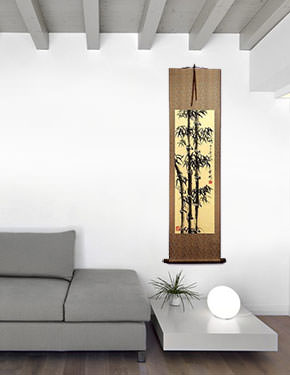 In addition to the title, 竹, the artist has signed this and stamped it with his authenticating red chop mark. There is also a personal stamp in the lower right, but it would take me an hour or more to translate the ancient seal script.