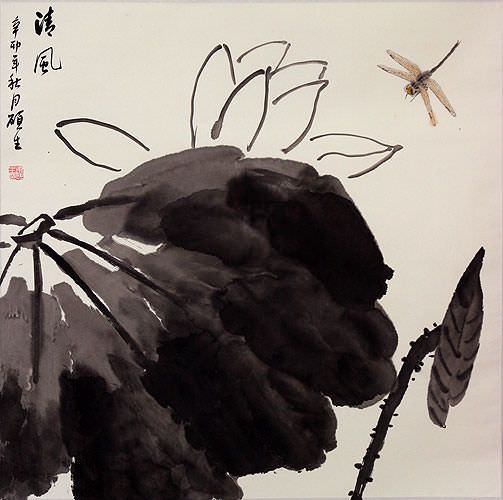 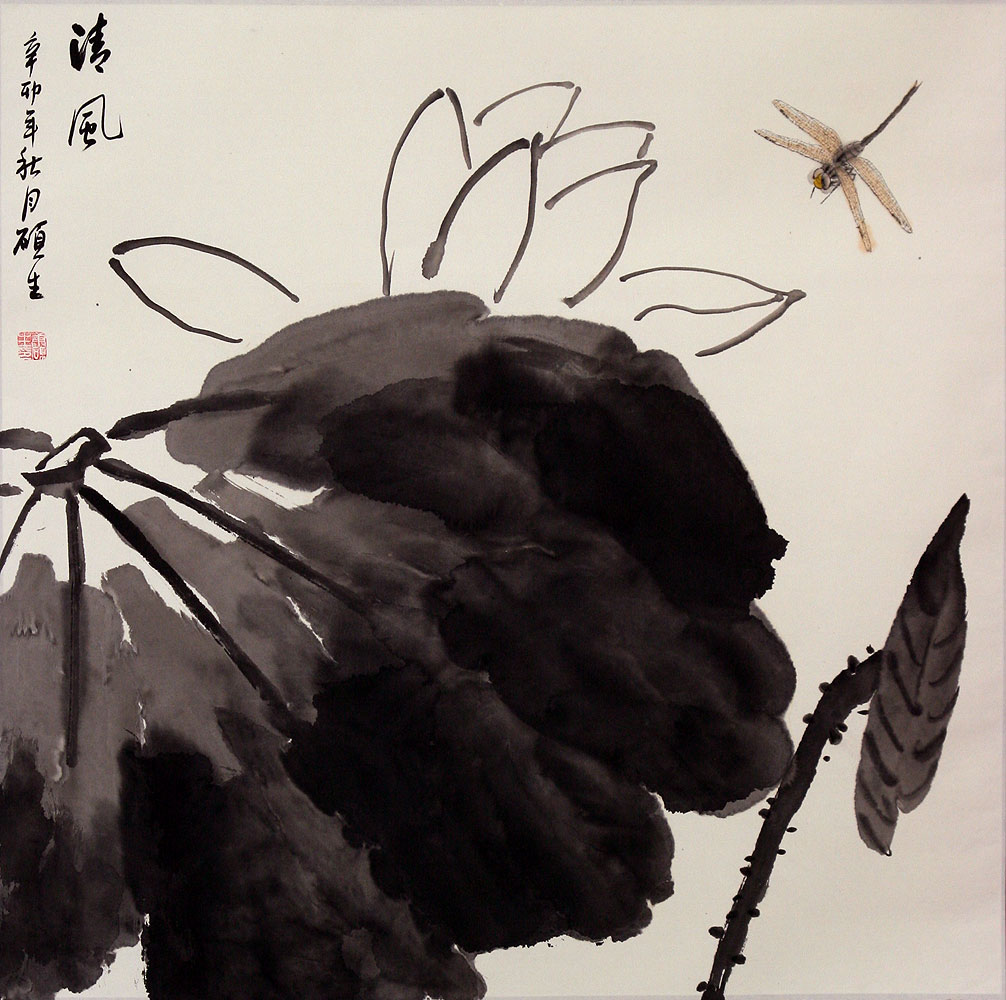 • Delivered to you in Ashburn by Oct 8th.
• Standard shipping is just $3.80 for any order.
• Unique Hand-Painted Art - Limited Supply.
• Money-Back Guarantee.

This painting features a dragonfly about to land on a lotus flower.

The title is 清風 which translates as, "Fresh Wind", "Clear Breeze", or even "Cool Breeze". The first character can be anything about clean, clear, pure, or fresh. The second character is wind or breeze.